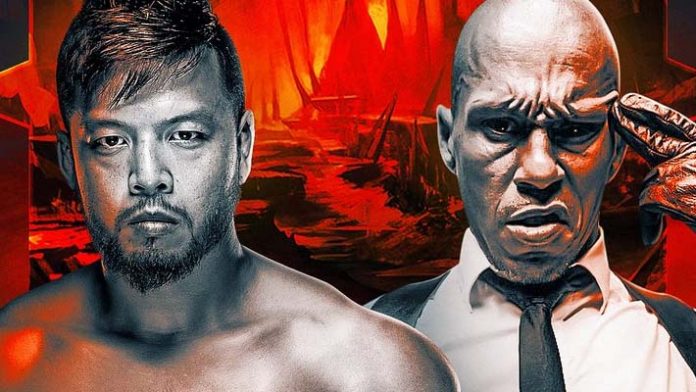 NJPW star KENTA will be making his House Of Glory debut at the “Revelations” event as he is set to face Low Ki in a one on one matchup.

House of Glory “Revelations” is scheduled for December 17th in Queens, NY at La Boom.

This will be a rematch of there epic encounter which took place at the December 17th 2005 ROH Final Battle event. KENTA and Low Ki will be facing off again for the first time since that 2005 match.

Back in 2005, KENTA successfully defended his GHC Jr Heavyweight Title against Low Ki at ROH Final Battle. Now 17 years later, Low Ki finally has the opportunity to avenge that loss to KENTA.

17 years in the making! KENTA, in his 𝐇𝐎𝐆 debut will go one on one with LOWKI for the first time since their groundbreaking 2005 encounter! This epic rematch goes down Saturday, December 17th at #Revelations !

This event will air live on FITE +.