NASHVILLE — The NWA World Heavyweight Championship, known as the “Ten Pounds Of Gold,” will be defended at a blockbuster event celebrating the 70th anniversary of the National Wrestling Alliance at 6 p.m., Sunday, Oct. 21 at the historic Asylum at the Nashville Fairgrounds. The show, in conjunction with the NWA and Global Force Entertainment, also will be carried live on FITE TV, the premium digital streaming network.

Billy Corgan purchased the NWA in 2017. “The Ten Pounds of Gold” YouTube Digital series has documented the path of NWA champions Tim Storm and now Nick Aldis. Aldis will defend the belt on Sept. 1 against “The American Nightmare” Cody in front of 10,451 fans at ALL IN at the Sears Centre just outside Chicago.

The Ten Pounds of Gold also will be on the line in the main event of the NWA 70th Anniversary Show in Nashville, a card that promises to honor the fighting spirit and big-bout feel worthy of the NWA name. Also, a classic championship returns as a new NWA National Champion will be crowned. More matches and talents will be announced in coming weeks, as will times, ticket prices and the price to stream live on FITE.

“It’s such an honor to be leading this historic brand into its next chapter,” Corgan said. “The enduring legacy of the National Wrestling Alliance — the men who forged it and the champions who defended it — illuminate our path in 2018. This event celebrates our first full year shepherding this brand while honoring the everlasting milestones, legends and champions of the NWA.”

At least one of whom will be on hand.

“This will be an event no fan will want to miss, and I’m honored to work with Billy on a show of this magnitude,” said six-time NWA champion Jeff Jarrett, the CEO of Global Force Entertainment. “My family has been in the wrestling business for as long as the NWA has been in existence. Those three letters, that Ten Pounds of Gold … they mean something to anyone who has ever put on tights and laced up boots.

“For this event to be in my hometown, a historic territory for the NWA, is so exciting and such an absolutely perfect fit.”

ABOUT THE NATIONAL WRESTLING ALLIANCE
The NWA was founded in 1948 in Waterloo, Iowa, as a governing body to establish a true world champion. The list of legends to hold the NWA World Heavyweight Championship includes Lou Thesz, Dory Funk Jr, Jack Brisco, Harley Race, Dusty Rhodes, Ric Flair, Kerry Von Erich and Ricky Steamboat. In October 2017, Billy Corgan (Smashing Pumpkins) purchased the NWA to carry forward the legacy with the Ten Pounds of Gold in a 21st century new media environment. For more information, follow the NWA on Twitter, Instagram and Facebook. @NWA.

About FITE TV
FITE is a premium digital live streaming network. With live programing from 250+ partners from over 30 countries, FITE delivers Professional Wrestling, Boxing, MMA and Kickboxing events live to close to a million registered viewers. Since its launch in February 2016, FITE has presented over-1,000 live events and offers over-10,000 hours of video library available to watch on demand. FITE proprietary instant streaming technology allows viewers to seamlessly cast premium live events to connected screens across the world. FITE is available as a mobile app on iOS and Android mobile devices, online at FITE.tv and on the Roku, Apple TV and Android TV box. 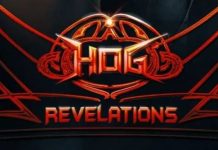 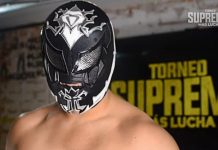