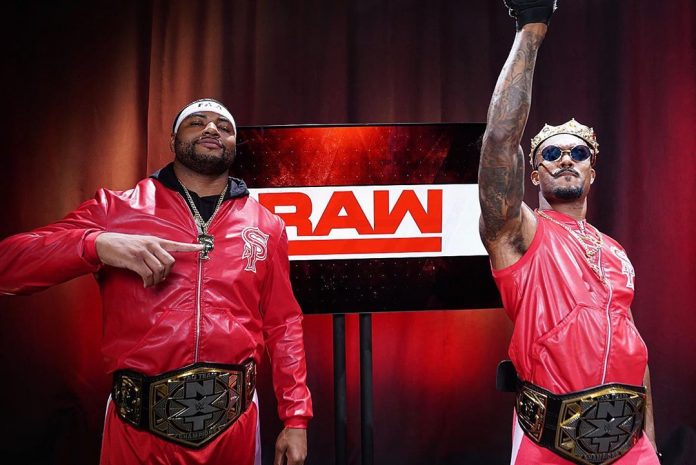 – The Robert Stone Brand is now 0-1 as Chelsea Green lost her official WWE NXT TV in-ring debut on tonight’s USA Network episode. She lost to Kayden Carter. Green debuted with Stone several weeks back by attacking Carter and Mia Yim after Yim’s win over Carter. Below is footage from tonight’s match:

– The Street Profits have been announced for next Wednesday’s episode of WWE’s The Bump, which airs on the WWE Network and WWE Digital platforms. Montez Ford and Angelo Dawkins will be in the in-studio guests for host Kayla Braxton and her crew.