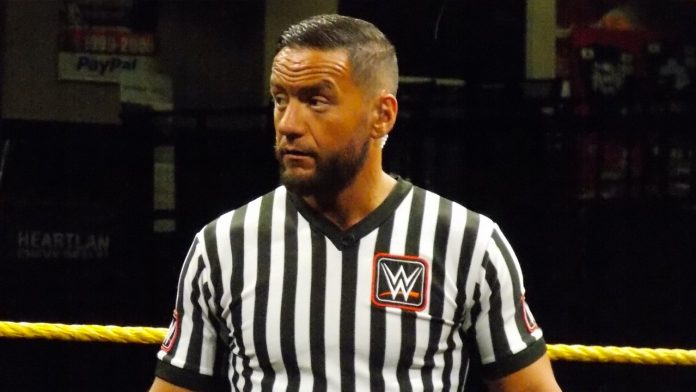 As PWMania.com previously reported, video footage was published of WWE NXT referee and former wrestler Drake Wuertz giving a speech during a Seminole County Board of County Commissioners meeting. While wearing an NXT shirt, Wuertz talked about how continuing to have a mask mandate “only puts vulnerable children at risk of being preyed upon by traffickers and predators.”

In a post on Facebook.com, Wuertz wrote the following:

“My wife said some folks are apparently writing about our ‘Radical Views’.

*Abortion is Murder and needs to be Abolished

*Children in my community that are being forced by local government to wear masks for 8 hours a day against their parents wishes is abuse. We have a God-ordained duty to speak up for the ‘least of these’ and petition our magistrates to prevent harm upon children.

If this is “Radical” then label me an extremist for Christ. We’re not called to fit in with the world. We’re called to serve God!

…“We ought to obey God rather than men.”