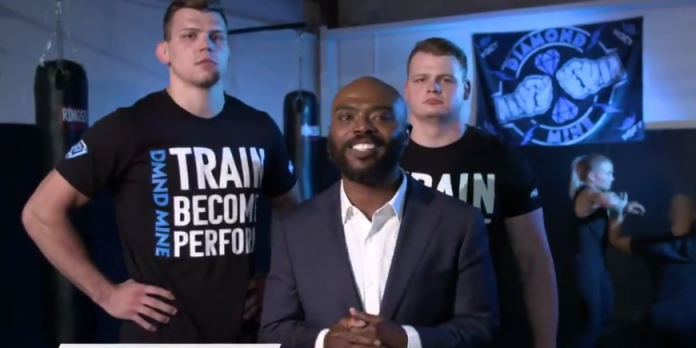 One of the pre-show dark matches saw The Viking Raiders defeat Brutus and Julius in tag team action. The Diamond Mine’s Malcolm Bivens was not with The Creed Brothers, but they did use the Diamond Mine graphics and theme music for their entrance.

The Creed Brothers also worked last night’s SmackDown broadcast, making their main roster TV debuts. However, this appearance is receiving a lot of negative criticism from WWE fans on social media. SmackDown featured a Trick or Street Fight that saw Happy Baron Corbin and Madcap Moss defeat WWE Intercontinental Champion Shinsuke Nakamura and Rick Boogs. At one point there was a spot where WWE 24/7 Champion Reggie was chased into the ring and then back out by a group of Superstars – The Viking Raiders, Drew Gulak, and The Creed Brothers.

There is no word on if WWE is considering a main roster call-up for The Creed Brothers, but we will keep you updated.

I am here! Great match pic.twitter.com/3jFK15oAxM

Holy… the Creed Brothers in Wilkes Barre at #smackdown. pic.twitter.com/MGuu9GV4Bn