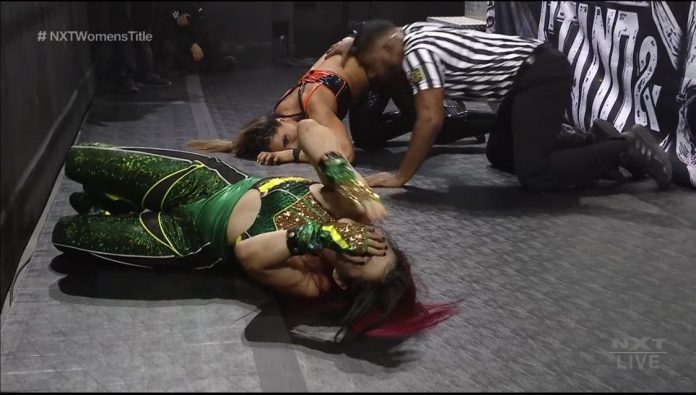 The WWE NXT “Takeover: Stand and Deliver” Night One main event between Io Shirai and new Women’s Champion Raquel Gonzalez reportedly had to be adjusted for time, according to Fightful Select.

During Takeover one of the other matches went long, which forced officials to reduce the time allowed for the main event. There is no word yet on which match went long, but this was interesting because WWE usually doesn’t have these issues at Takeover events because they don’t have hard-out times.