Tickets for the WWE NXT UK “Takeover: Dublin” event will go on sale this coming Monday, March 2 at 9am local time.

As noted earlier this month, the fourth NXT UK Takeover event will be held in Dublin, Ireland on Sunday, April 26 from the 3Arena.

Below is WWE’s announcement on “Takeover: Dublin” tickets, along with the new logo that was just revealed today:

NXT UK is heading to Dublin for the first time ever and local fans are set to experience an epic event at the 3Arena on April 26, while fans around the world can see the show when it takes over the award-winning WWE Network.

Tickets to NXT UK TakOver: Dublin can be purchased at www.ticketmaster.ie starting Monday, March 2 at 9.00 a.m.

Don’t miss your opportunity to be a part of the action when the fastest growing brand in WWE history comes to Dublin. 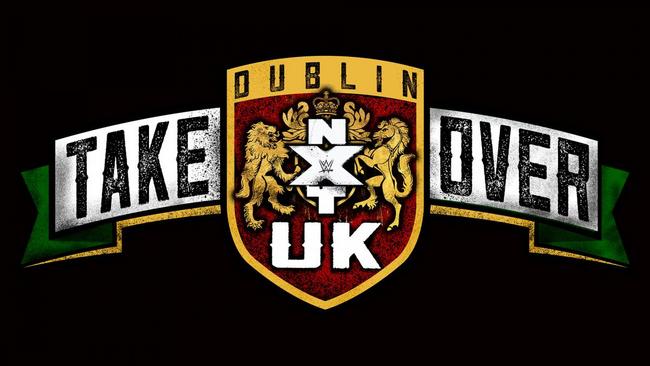