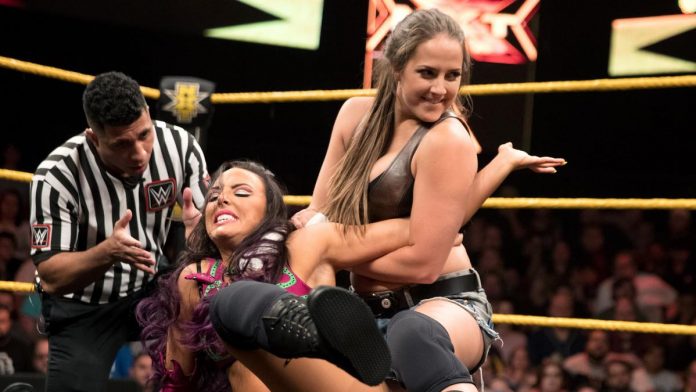 – Sarah Logan said “yes” on Friday as her wrestler boyfriend, Raymond Rowe, got down on one knee and asked the NXT Superstar for her hand in marriage.

Logan posted photos on Instagram of the engagement with a caption saying, “I’m going to marry this man #yesyesyes #sarahrowe #engaged.”

– After showing off her dance moves on Dancing with the Stars, Nikki Bella had some fun showing Mark Wright of Extra TV some of her wrestling moves.