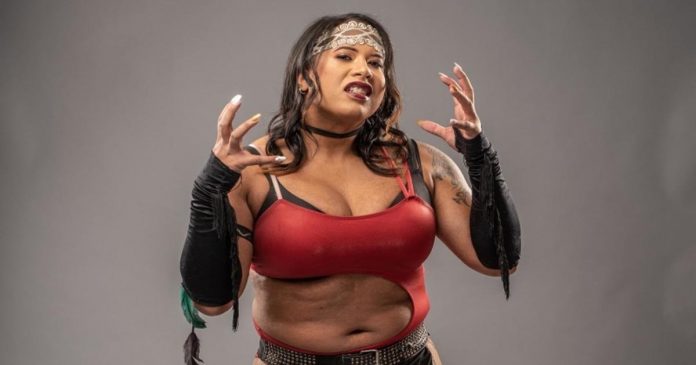 AEW announcer Jim Ross received social media heat this week for referring to new AEW Women’s World Champion Nyla Rose as “King of the Mountain” after Rose’s big title win over Riho on Wednesday’s Dynamite, which was the first-ever women’s title change in the company.

One fan tweeted about JR’s comments on Rose, but also pointed to how Ross signed off the TNT broadcast by telling fans that he will “See you Monday in Atlanta” instead of next Wednesday when Dynamite airs. Ross responded to the fan and chalked his latest Dynamite botches up to human error.

Another fan tweeted that he didn’t believe JR would ever “intentionally misgender a trans person” on TV, and that they hope it was just a sip of the tongue. JR agreed with that fan.

Rose has not responded to any of the comments directed at JR but the champion did respond to a fan who said they were done watching AEW because the company put the women’s title on someone who was born a man. Rose ran the fan down and told them to stay mad.

You can see the full tweets below:

You should be mad you can’t grow a full beard. Face lookin like a whole unshaven ballsack ass bitch 🤣🤣 stay mad

Video: The Post-AEW Double or Nothing Virtual Media Scrum