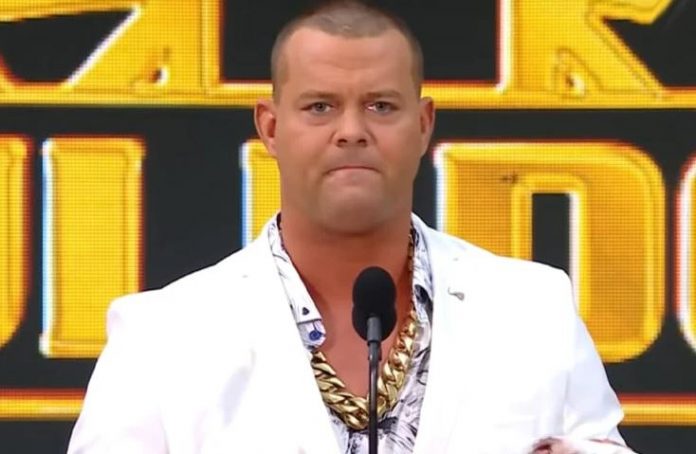 As reported before here on PWMania, Harry Smith made his WWE return in a dark match before the July 16 SmackDown in Houston, teaming with Austin Theory for a win over Xyon Quinn and Odyssey Jones. He later announced he is back with WWE in a video for the WWE YouTube channel. It had been reported that Smith had actually signed with WWE in April, after agreeing to a deal in March.

In an update, Smith was heavily recruited by WWE Talent Relations head John Laurinaitis, and everyone involved was told to keep his signing quiet until he debuted, according to the Wrestling Observer Newsletter. Smith was told to stop working indie dates at that point.

The original idea for Smith’s WWE return was to debut him on the NXT UK brand, making him the top babyface Superstar there. Smith was set to feud with WALTER for the NXT UK Title, but the COVID-19 pandemic led to those plans getting nixed.

Smith was brought to the main roster after Laurinaitis pushed hard for him to be there instead of NXT. WWE Chairman & CEO Vince McMahon wanted Smith on the SmackDown brand.