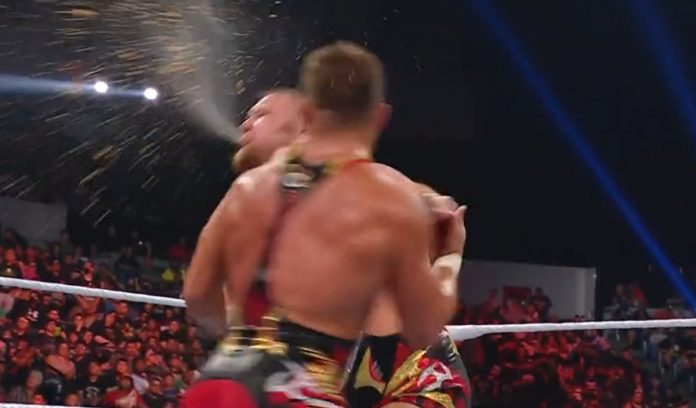 On Monday night’s WWE Monday Night Raw, there was a nasty incident.

The Street Profits were up against Alpha Academy and Theory on the show Monday night.

Following Ford’s splash off the top rope onto Otis, the babyfaces won. The splash was apparently too much for Otis, as he puked after the match. This was anticipated because they had earlier shown footage of Otis competing in a hot dog eating contest.

When the show resumed from the commercial break, they replayed Otis puking. Vince McMahon enjoys this, dating back to when The Ultimate Warrior vomited after being “cursed” by Papa Shango in 1992.

Darren Drozdov also puked on television in 1998 after Drozdov demonstrated his ability to do so to McMahon in his office. In the brief attempt to revive the Legion Of Doom without Hawk, they later gave him the new name Puke.