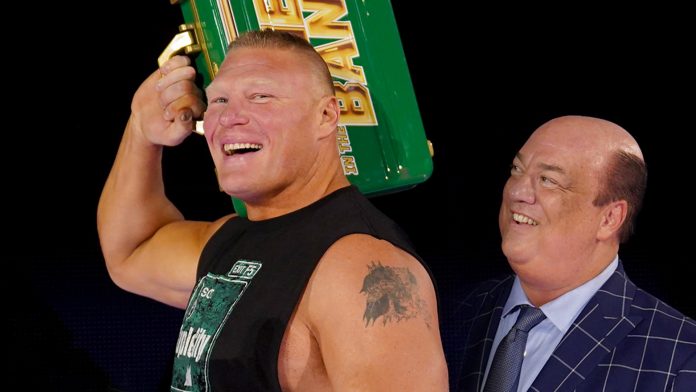 Brock Lesnar has been circling WWE Champion Kofi Kingston and Universal Champion Seth Rollins like a shark, and per Paul Heyman, “The Purveyor of Paranoia” will finally reveal which World Champion he will cash in on tonight on Raw. Heyman, however, would like to see it play out differently.

When asked in an interview if he would prefer that Lesnar face Kingston rather than Rollins, Heyman said he wants his client to take on both competitors.

“My personal preference is for Brock Lesnar to face Seth Rollins and Kofi Kingston in a Handicap Match,” Heyman said in an interview with TV Insider.

“Beat them both, unify the titles and hold them both over his head and hop on a private jet to go to the greatest steakhouse in the world (which I will not reveal because I don’t want people bothering us when we go out to dinner).

“Unfortunately, WWE would like to protect its investment in either Seth Rollins or Kofi Kingston, knowing that Brock is going to F5 and take them to “Suplex City” and conquer at least one of them. Unfortunately, they won’t let us cash in on both at the same time. Knowing the ability of Brock Lesnar, that would be my preference.”