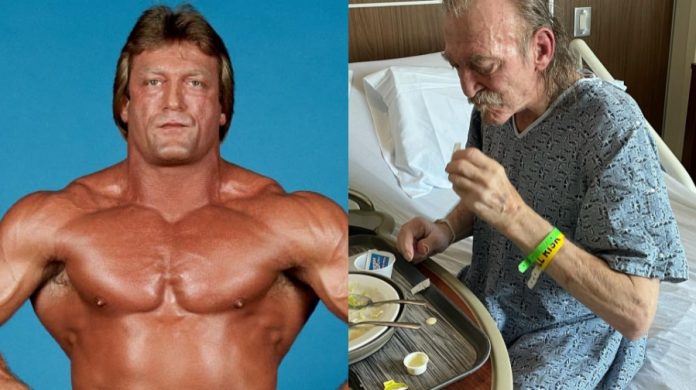 A few weeks before his death, footage of WWE Hall of Famer Paul Orndorff from the hospital was published on Instagram by his son Travis.

In an interview with The Hannibal TV, Travis explained why he published the video:

“Let me start by saying that was not something that I ever wanted to do, ever planned on doing. Over the past few years, he’s been verbally, emotionally, and physically abused in his own household. I had filed multiple adult protection service orders and could not get any traction. When he was put in the hospital nobody knew and the hospitals were told there were no immediate family members available. When I went to the hospital after I got vaccinated and I could finally see him, that was the state he was in and if you look at it, there’s no way that happened overnight. That happened over a year’s time. I had filed abuse orders the year before as had other people that were trying to help me and at that point after I saw that they told me that they couldn’t do anything for me, I said if you don’t do something I’m going to post it socially, I’m going to post it publically so I can get people involved because I don’t know who you want me to contact to tell you that he’s abandoned…”

“He was abandoned, I felt desperate and when you’re trying to get people to see him, you’re relying on them going out but at that point, I had video proof to go [and say] ‘hey, this is what’s going on, this is what is the reality of the situation.’ Luckily people got involved…”