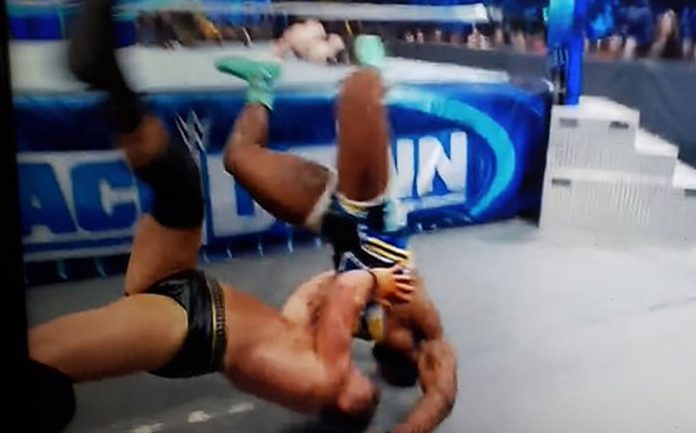 Big E is still recovering from a broken neck, but things appear to be going much better for him lately.

On an episode of WWE SmackDown in March, he landed awkwardly on the top of his head after taking a suplex from Ridge Holland, as you can see in the photo above. His C1 and C6 vertebrae were fractured but not dislocated. He also did not injure his spinal cord or ligaments and did not require surgery.

Big E tweeted earlier this month that his C1 wasn’t healing properly and that he needed to wear the brace for another 4-6 weeks in order to avoid fusion surgery.

The former WWE Champion posted an Instagram photo of himself without a neck brace. He was using an Exogen device, which is an ultrasound bone healing system. The device is said to send waves that boost your body’s natural bone repair processes. He didn’t caption the photo, but he had a funny expression on his face, so he appears to be in good spirits.

Stay tuned to PWMania.com for more. We wish Big E a speedy recovery. You can see Big E’s Instagram post below: 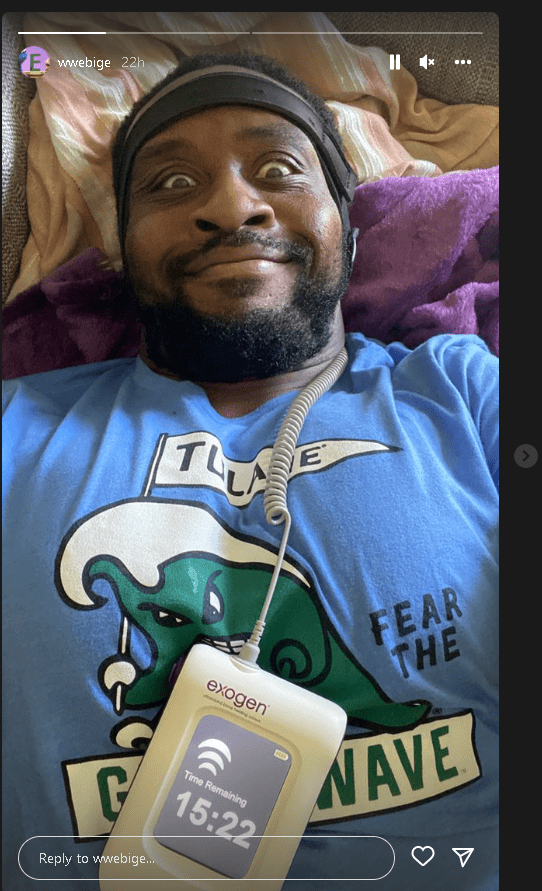