Charlotte Flair took to her Instagram Stories on Wednesday and gave an update on her time off, and her return. Flair posted a photo of herself and noted that she took 8 weeks off from the gym, but now she’s back to training and is ready to get back at it.

“I took 8 weeks off of the gym…… ready to find my groove again [folded hands emoji] [muscle emoji] [queen emoji],” she wrote.

Flair has been away from WWE TV since losing to RAW Women’s Champion Asuka on the June 17 RAW episode. She took time off to undergo surgery for a lingering implant issue. There has been talk of Flair being out of action for the rest of the year, but it looks like she’s ready to get back into the swing of things. 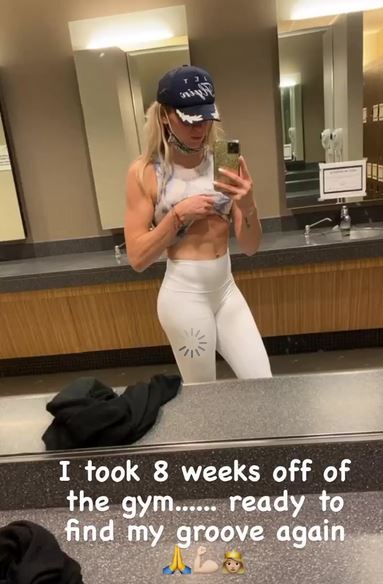