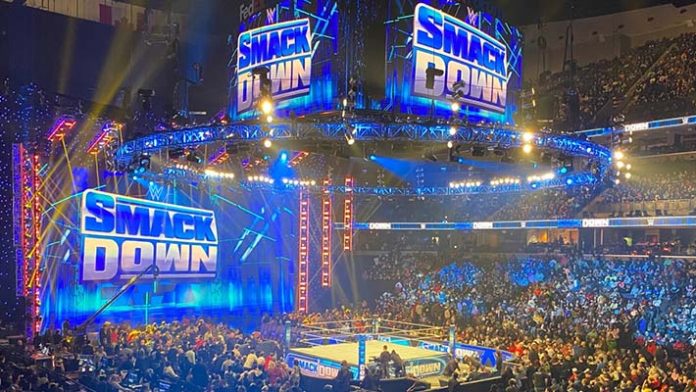 Zach Gowen had a memorable Friday night at WWE SmackDown.

In a tweet, the former WWE wrestler mentioned that he got to enter the ring at the show. He took a photo with his children and thanked the company for allowing them to share in the experience.

“Didn’t expect my first time back in a WWE ring to be with my oldest boys but it was perfect. ⁣Thank you @WWE 🙏”

Gowen, a one-legged wrestler, signed with WWE in 2003 and had a brief stint on SmackDown, where he feuded with Vince McMahon and Brock Lesnar.

Fans recall Lesnar defeating Gowen in an August SmackDown match. He won over the fans with his likeability and ring skills. He was later released by the company in 2004.

Following his departure from WWE, he worked for a number of independent wrestling promotions.

You can check out a photo of Gowen at SmackDown below:

Didn't expect my first time back in a WWE ring to be with my oldest boys but it was perfect. ⁣
⁣
Thank you @WWE 🙏 pic.twitter.com/LaOFjiA5sY