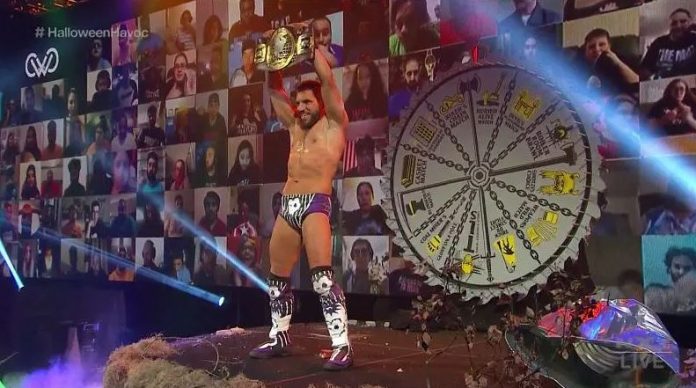 WWE NXT North American Champion Johnny Gargano overcame his fear of wheels with the title win over Damian Priest at NXT’s recent Halloween Havoc special, and now he’s created his own “Spin The Wheel, Make The Deal” gimmick for his first title defense.

Stay tuned for more on tonight’s NXT episode and be sure to join us for live coverage at 8pm ET.

He loves wheels so much that @JohnnyGargano created his own “Wheel of Challengers” to determine who will challenge him for the #WWENXT North American Championship tonight! pic.twitter.com/T4iUu337kP