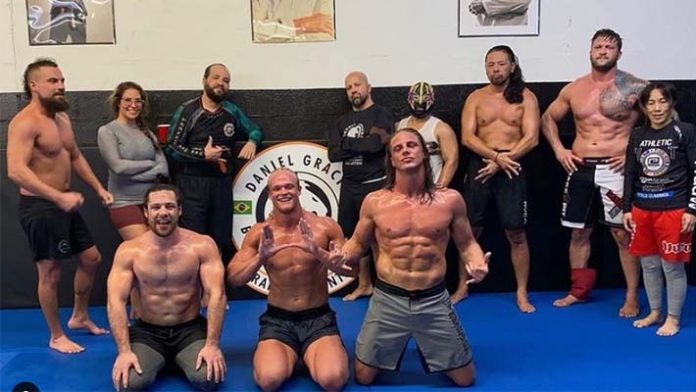 Matt Riddle posted a photo to Instagram after a workout with several other WWE stars and Marty Scurll.

The session was held at the Daniel Gracie Orange County gym in Orlando, Florida. As can be seen in the image below, Sumie Sakai, the inaugural Women of Honor Champion, as well as Karrion Kross and Shinsuke Nakamura from SmackDown and Bodhi Hayward and Cameron Grimes from NXT were present.

Prior to the Speaking Out movement in 2020, Scurll was contracted to ROH, where he faced allegations of sexual assault dating back to 2015. Before the allegations were made, he re-signed with Ring of Honor and became the company’s head booker. Ring of Honor made the decision to cut ties with him in January 2021 after conducting an investigation into the allegations made against him.

Former WWE star Santino Marella (Anthony Carelli) had originally booked him for his Battle Arts Professional Wrestling promotion a month ago, but he canceled the booking after receiving criticism.

At this Saturday’s WWE Clash at the Castle event, Riddle is scheduled to compete against Seth Rollins.

You can check out the photo Riddle uploaded below: