MJF is only getting started in his pro wrestling career, despite being the AEW World Heavyweight Champion.

Due to his in-ring abilities and impressive promo skills, MJF is regarded as one of the best heels in the business.

To give himself something else to brag about, MJF recently showed off his incredible body transformation. He noted the difference between losing to Wardlow in Double Or Nothing last May and now. He was banned from television for several months after making a memorable commercial in which he referred to Tony Khan as a “f*cking mark.”

During the All Out pay-per-view, he made a return to AEW programming. Last November, he defeated Jon Moxley with the assistance of William Regal to win the World Title at Full Gear.

As can be seen below, he displayed his incredible physique, which included his abs. He captioned the photo, “Here’s a before pic during my much needed break from AEW.”

Here’s a before pic during my much needed break from AEW. pic.twitter.com/P2Koc8AmuQ

AEW is gearing up for MJF to defend his title against Bryan Danielson in a 60-minute Iron Man match at the Revolution PPV event next month. 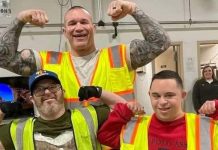 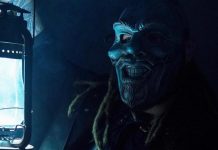 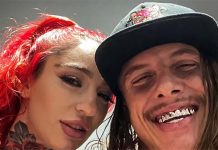