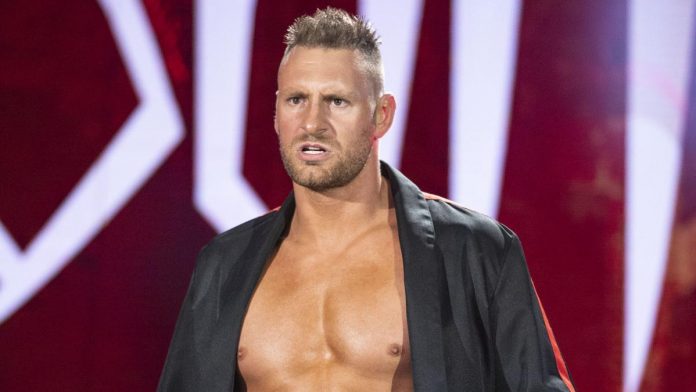 WWE NXT Superstar Dominik Dijakovic recently tagged WWE Chairman & CEO Vince McMahon in a tweet that was deleted right after it was published. The tweet included a photo of static with the following words hidden – “we are in control.” McMahon was tagged in the photo, which was deleted within minutes.

Dijakovic, who recently scrubbed his Twitter page clean and blacked it out, has been rumored for a spot in the new RETRIBUTION stable, but that has not been confirmed. He also has been planned for a main roster call-up for a few months now. Dijakovic fueled similar speculation earlier this month when he blacked out his Twitter and Instagram profile photos, also hiding messages in those images. Instagram had “We Will Rise” hidden in the background while Twitter had “From The Ashes” in the background.

The Twitter page for Dijakovic is blank as of this writing. You can see a screenshot of the deleted post below:

Donovan Dijakovic seems to have tweeted and promptly deleted this photo of static with the message “we are in control” hidden. He also tagged Vince McMahon in the tweet. 🤔 #WWERaw #SmackDown #RETRIBUTION pic.twitter.com/fSJ0FQzpgs