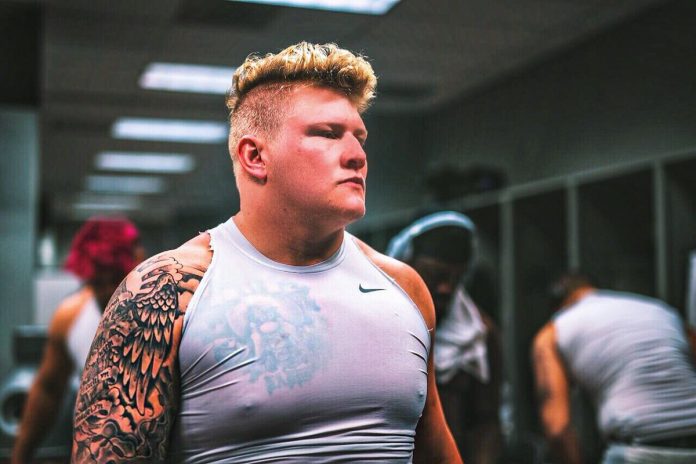 WWE recruit Parker Boudreaux took to Twitter this week and posted a photo with Triple H, taken at the NXT taping and fueling fan speculation on his debut.

“It’s time to play the game [musical notes emoji] [smiling face with horns emoji x 2],” he wrote as the caption.

Boudreaux made headlines before leaving college to sign with WWE after receiving an endorsement from Paul Heyman. He was referred to as “The Next Big Thing” by many, and was compared to a young Brock Lesnar. He signed with WWE in February, announced with the Performance Center class of recruits that month.

It's time to play the game🎶😈😈 pic.twitter.com/rPibEbAw0G