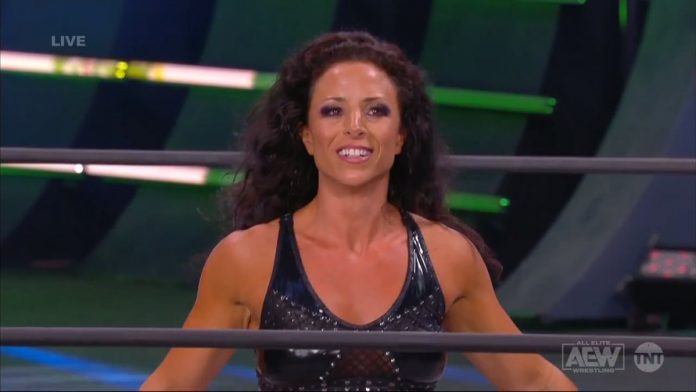 AEW star and NWA World Women’s Champion Serena Deeb is currently on the shelf with a left knee injury. Deeb, who is temporarily using a wheelchair after undergoing a scope today, took to Twitter this afternoon and revealed that she just had the procedure done on her knee. She told fans that she will be back before we know it, but no timeframe was given.

“Update on my knee…I had a scope done and it went really well. I’ll be back before you know it [smiling face with smiling eyes emoji]. Thank you all for the support and concern,” she wrote.

Deeb was limited in her tournament loss to Riho on the February 17 AEW Dynamite episode. She was seen being worked on during the commercial break by Dr. Sampson, but was able to finish the match. It was reported the next day, via Wrestling Observer Radio, that Deeb was working through a bad knee.

Update on my knee…I had a scope done and it went really well. I’ll be back before you know it 😊. Thank you all for the support and concern. pic.twitter.com/AzGVpwsxNf