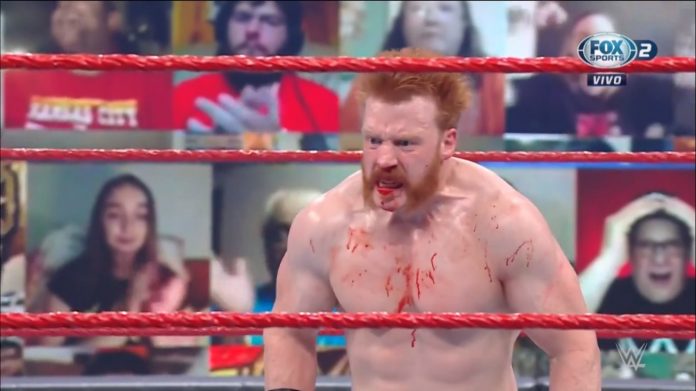 WWE United States Champion Sheamus reportedly suffered a broken nose on last night’s RAW. As noted, The Celtic Warrior pulled double duty with back-to-back non-title losses to Ricochet and Humberto Carrillo. He took a stiff strike to the nose during the second match, from Carrillo, and was busted open the hardway. Sheamus was bleeding heavily from his nose at one point, with the blood running down his chest.

In an update, PWInsider reports that the broken nose injury is 100% confirmed. Word from RAW is that Sheamus will only miss in-ring time if WWE officials require him to sit out.

Sheamus tweeted a bloody selfie after RAW and wrote, “..utter scumbaggery on #WWERaw” This was a reference to Sheamus calling Ricochet and Carrillo scumbags during his pre-match promo, for how they double teamed him last week.