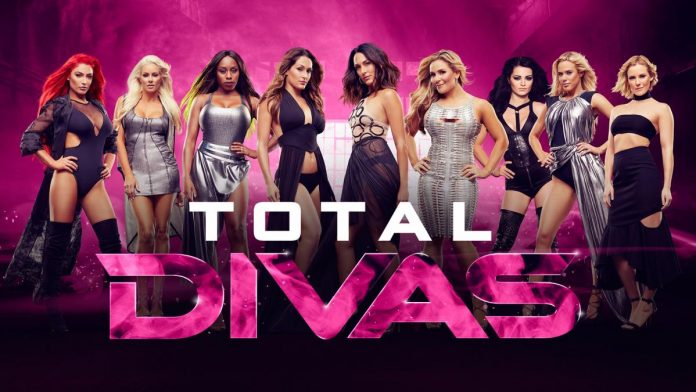 – Above is alternate footage of The Usos attacking new SmackDown Tag Team Champions The New Day as they made their entrance on Tuesday’s show.

– WWE posted the following on the tights that Aiden English wore for his win over Tye Dillinger at Sunday’s WWE Battleground Kickoff pre-show:

If you have an art history degree and tuned into WWE Battleground Kickoff, then first of all, congratulations for being a well-rounded consumer of modern and classical art. And second, you probably noticed something very familiar about Aiden English’s tights. The rest of us were left to wonder, however, exactly what kind of imagery The Drama King was rocking against Tye Dillinger.

Well, as Battleground’s commentary team astutely pointed out, The Artiste’s trunks were adorned with Georges Seurat’s “A Sunday Afternoon on the Island of la Grande Jatte,” a Neo-Impressionist painting that you’ve probably seen a hundred times but had trouble recognizing on the trunks of a SmackDown LIVE Superstar. Painted in 1884, the seminal work depicts several upper-class French citizens enjoying an afternoon on a secluded riverbank promenade. Seurat embellished the color of his piece through a technique known as pointillism, in which he painted in dots as opposed to regular brushstrokes. It is currently housed in the Art Institute of English’s hometown of Chicago.

Now, this canvased creation lives on as part of his ensemble, joining Van Gogh’s “Starry Night” among the many classics The Artiste carries with him into battle. Somewhere, in the great beyond, Da Vinci weeps, wondering when the Mona Lisa will get her moment on pay-per-view.

– We noted earlier in the week how Nikki Bella and RAW Women’s Champion Alexa Bliss were filming for Total Divas in Cabo, Mexico. Other Total Divas cast members made the trip to Mexico after this week’s TV tapings for filming, as seen in the photos and videos below:

Our dinner view for the night! So pretty #Cabo