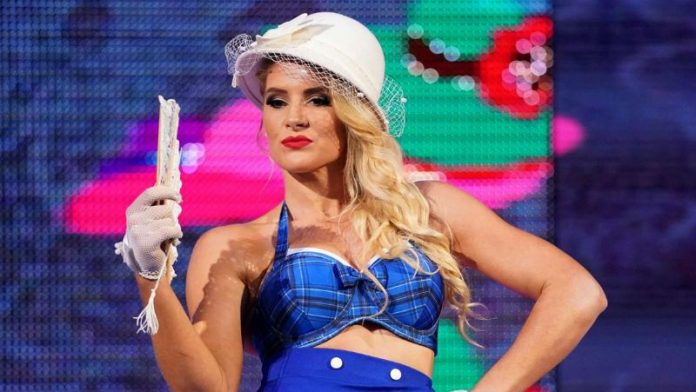 In an update, Evans and her husband Alfonso held a gender reveal on Friday near their home in South Carolina. As seen in the Instagram photos below, it was revealed that the happy couple will be adding another girl to the family.

Evans posted about the gender reveal and said she’s the happiest mother in the world. “Happiest Mama in the world. [heart emoji] [bow emoji] [red emoji] My Lil lady will now have the best side kick, best friend and best bond a woman could ask for. A sister! And I can’t wait to teach them what true love, support and family really means and feels like! [family emoji] [heart emoji] [baby emoji] #BabyEstrella2 #LilLady #Family,” she wrote.

Evans and her husband already have one daughter, Summer. Evans should be due to give birth some time around November of this year, but she has not confirmed her due date. It’s too early to know when she will be back in the ring for WWE, but Evans could be out of action until early 2020.

WWE congratulated Evans on the gender reveal. You can see their tweet at the end of this article.