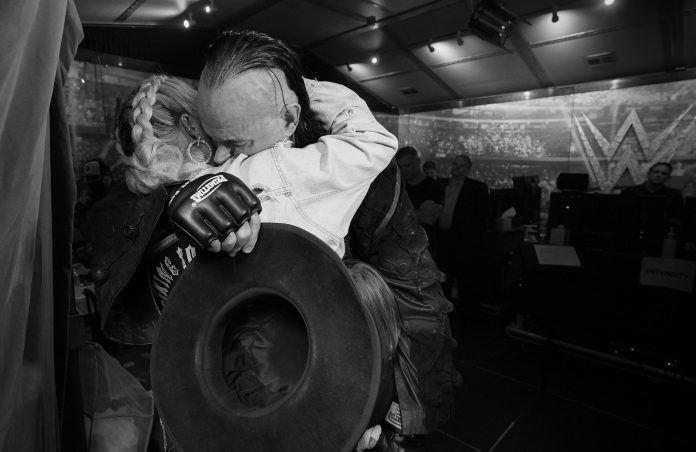 The Undertaker took to Twitter today with his first public comments since last night’s “Final Farewell” segment at the WWE Survivor Series pay-per-view. The Deadman posted a few black & white behind-the-scenes photos and gave thanks to everyone. One photo shows Taker hugging wife Michelle McCool backstage.

McCool posted an Instagram tribute to her husband last night after the show, which you can see below.

Below is a new WWE Now video with a recap of the 2020 WWE Survivor Series pay-per-view, including Taker’s show-closing farewell segment, plus Taker’s full tweet with photos, and the post from McCool: