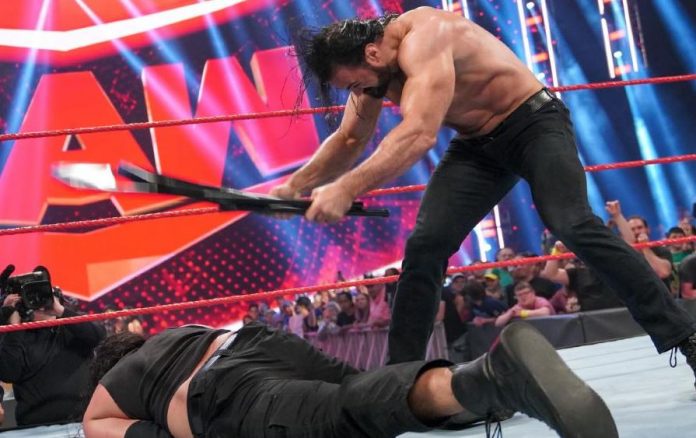 WWE has released several graphic photos and video of the welts & abrasions on Shanky’s back after he took the steel chair beatdown from Drew McIntyre on last night’s RAW from Dallas.

As noted, RAW saw Drew McIntyre interrupt Jinder Mahal’s 35th birthday celebration. McIntyre attacked Mahal, Shanky and Veer with a steel chair, but Mahal and Veer retreated to the ramp and watched as Drew destroyed Shanky with repeated chair shots. McIntyre was getting payback after Mahal, Veer and Shanky attacked him during Sunday’s Money In the Bank Ladder Match, and carried him away to the back.

The video and photos below show Mahal and Veer standing with Shanky after the show.

“Drew, you destroyed my bike, that’s fine. This is crossing the line. Like I said out there, karma always comes back,” Jinder warns in the video.

Here are photos & videos from the attack-