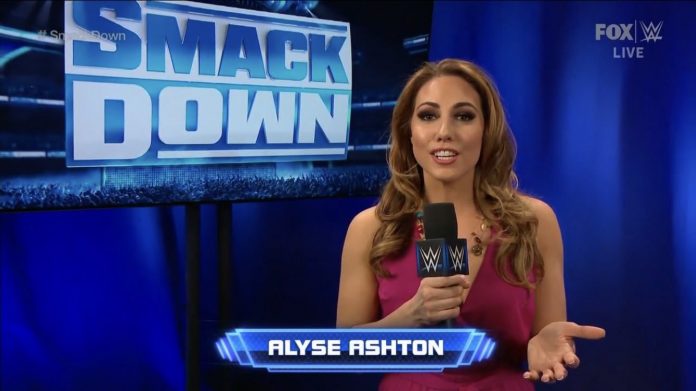 WWE on-air personality Alyse Ashton (Alyse Zwick) is now engaged to be married. Ashton took to Instagram this week and revealed that her fiance, artist Jeff Cecil, popped the question at Walt Disney World over the weekend. She said yes.

Ashton signed with WWE in October 2019 and has been working as a backstage interviewer for WWE NXT, SmackDown and pay-per-view events. She also hosts the weekly “This Week In WWE” show on the WWE Network.