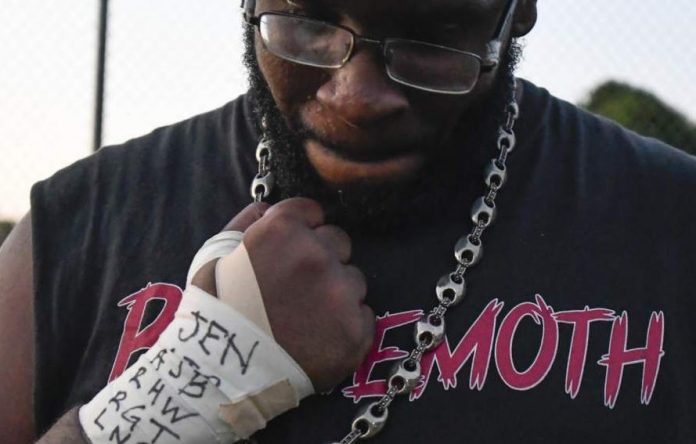 The concept of family, blood-related or otherwise, has been a staple of the American entertainment narrative for as long as they has been an entertainment business. Regardless of if it’s Tony Soprano sipping coffee with Paulie Walnuts to plan their next mob deal or James and Florida Evans discussing the day’s events at the kitchen table, the aspect of family is such a mainstay of films, television, and other media because the elements of family resonate with so many viewers. Along with that, the family influence, especially from an early age can have a direct impact on a path someone takes for themselves.

A staple of Ian Taylor is certainly his family unit, as from his earliest age, he found himself planted in front of a television, cheering along when his mother and aunt conquered levels on Dr. Mario and Tetris for hours with the traditional accessories of pop corn and Mountain Dew to fuel the eight-bit mayhem.

“I’ve been gaming ever since, gaming was always my escape from the stress of life. Whether it’s World of Warcraft or League of Legends, games that force you to think on the fly mid-combat help me a lot,” he said.

A few decades later, Taylor remains vastly dedicated to the ever-evolving technology of video games and its new platforms, often hosting live stream events as he battles friends in a variety of digital combat. At the same time, the jumps, sound effects, and storylines of heroes on Sega, Playstation, or Xbox were usually compliments with other forms or jumps, music, and stories on television through the larger-than-life professional wrestling industry. Always involved in sports during his youth, the young Ian Taylor was memorized by the mythical figures that beamed through the television at him, with the major difference being that these heroes were actual people, not just designed through a gaming engine. Legends like The Rock, Shawn Michaels, Booker, T, Samoa Joe, and others drew his admiration and envy.

As much as those names are immortalized through the glitz and glamour of the sports entertainment lens, there’s a much different reality for hopefuls that want to break into an often harsh business. Standing over 6’2 with a weight that hovered around 300 LBS, it seemed like the physical tools were there, but could the lifelong video game fanatic really parlay this into a potential wrestling career?

Just over five years ago, Ian made the decision to give it a shot, knowing he would always look back and regret the hesitation if he didn’t at least give himself a chance to pursue the lofty goal. So, he began the extended travels toward Erie, Pennsylvania, where he began to learn the craft of professional wrestling at a basic training center that lacked the grandeur of the spectacle that drew him to the sport. Those weekly trips were grueling, as it tested his physical fitness and his dedication to obtain the goal that he set for himself, but he learned many valuable lessons from the start of his journey.

“I trained under Aaron Draven, and he was all about perfecting the craft. So, no matter what we were taught, we were taught to do it as if we were in front of a crowd, and cardio drills were until you dropped. I will forever be grateful for those three days a month. It was a long road but I’d probably do it again,” Taylor explained.

After he was taught the ropes by Draven, a 15-year pro with a notable career on the independent circuit, Ian was ready for his professional wrestling debut in 2015, the cumulative of years of dreams and aspirations. But, just who he was going to be inside the squared circle posed an interesting question, and he decided quickly that he would blend the other passion in his life into his wrestling career. With a pixelated-inspired persona, Brohemoth, a reference to his hefty size, stormed the ring with an announced weight of “20,0000 mega pixels” and control designs on his gear. Since that time, he has spent the majority of his time in the business attempting to break through and make a name for himself, mostly around the Western Pennsylvania scene as well as around the tri-state area.

“Positive to my style, I’m always underestimated in most matches because they see this mountain and think they can outrun me. When they turn and see me right behind them, it’s priceless and the only negative is being on the receiving end of my offense,” Brohemoth said.

However, as we know, even those that lace up the boots to try to make it big deal with many of the same tasks as everyone else, and Ian is no exception, as family still remains a top priority to him, as he juggles a regular job, a training schedule, and his duties as a dad while he tries to progress forward in the world of sports entertainment.

“I’ve always wanted to be a pro wrestler since as long as I can remember. My biggest inspiration are my children, they push me to better myself to give them the dream life,” Ian commented.

So, it’s not uncommon for Brohemoth to unlace his boots after an exhausting match on a Saturday night, only for Ian to wearily put his much more formal work attire on for shifts at a restaurant the following day before he finally gets the chance to spend time with his family that night. Still, that family aspect and a support system around him allows him to maintain a crammed schedule.

“My boss is very flexible and tries to cut me slack but I take most of my free time to study and learn more. In February, I welcomed another little girl to my pack and I barely get enough time with them, but my mom and my brother help me huge watching them when I have shows. On occasion, I bring them along to shows. It’s a rough balance, but my kids understand I’m away to grind and when I come home it’s their time,” he explained.

With two kids, and his mother and brother cheering him on, Brohemoth is always looking for that next chance to get noticed, as he strides to continue to always improve his craft. One such opportunity is Fight Underground, the newest organization in Pittsburgh that plans to base itself on the competition of the action with the accessibility for athletes from different joins to perform at events. Under the guidance of veteran Quinn Magnum, one of the most tenured and well-respected bookers in the area, The Fight Underground is a platform that Brohemoth was thrilled to be invited to this year.

“The Underground is everything I want, new challenges arriving and my ultimate goal is to be the face of a company. I want to show everyone I’m capable of being in the ring with the best there is and I look forward to every challenge,” he said.

If Ian Taylor hits it big in professional wrestling with a national deal or an international contract remains to be seen, but it’s certainly a wonderful example of how his family unit, some of them that inspired his wrestling persona, continue to support his ventures in the sport throughout his career.