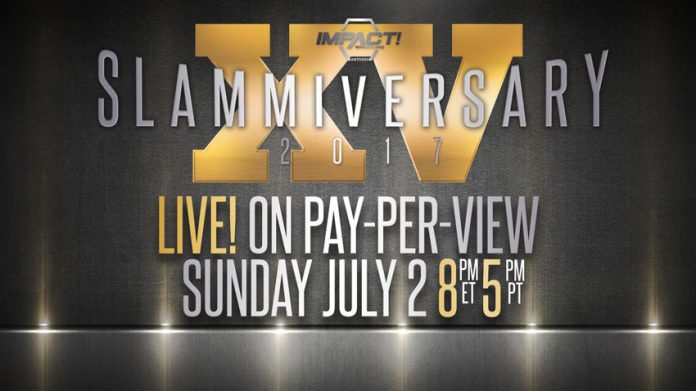 – As previously noted, Jeff Jarrett has teased that “the most powerful, influential resident of Orlando, Florida” will be part of Slammiversary week activities.

According to reports, the person that Jarrett is referring to is NBA legend Shaquille O’Neal. O’Neil has made various appearances for WWE and WCW over the years and was originally going to face The Big Show at WrestleMania 33 until plans fell through.

– In an interview with The Pancakes and Powerslams Podcast, Sonjay Dutt explained why he returned to Impact Wrestling:

“I was under contract for six total years, I left, I came back. I would come back, leave, I’d come back, I’d leave. And part of that was my own doing. I didn’t want to sign a contract. This time around, everything just kind of fit perfect, and in the midst of all those starts and stops with that company, I never lost sight of what I really wanted. To be a pro wrestler is the only job I had, and I continue to make a living with it without being under contract to anyone. I had some offers from ROH, had some offers from WWE, and it just shows that if you really do want something… you put everything into what you really do want.”