There is a photo going around of the alleged official poster for the WWE Survivor Series PPV.

The image shows John Cena featured in the role of special guest referee for Brock Lesnar vs. Jinder Mahal.

John Cena being in the guest referee role has been heavily rumored since last week and it’s been speculated that Cena’s involvement in the match could start the build for him vs. Jinder Mahal. 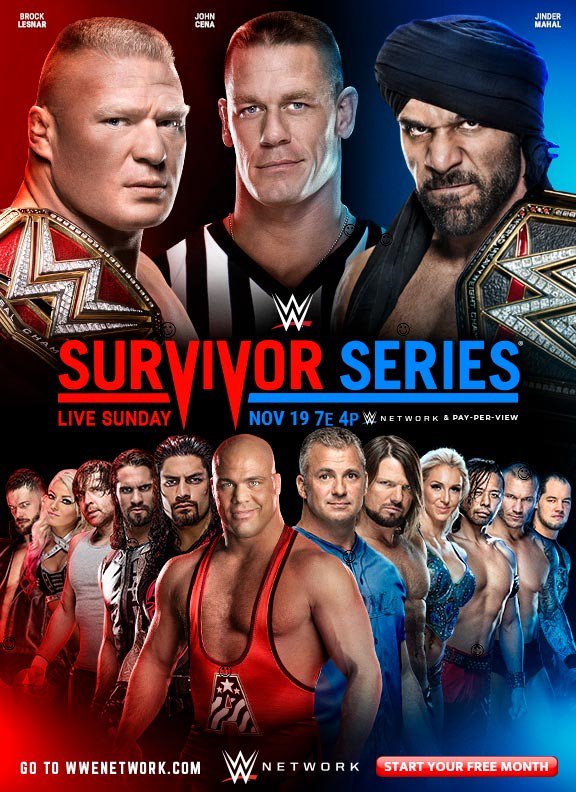