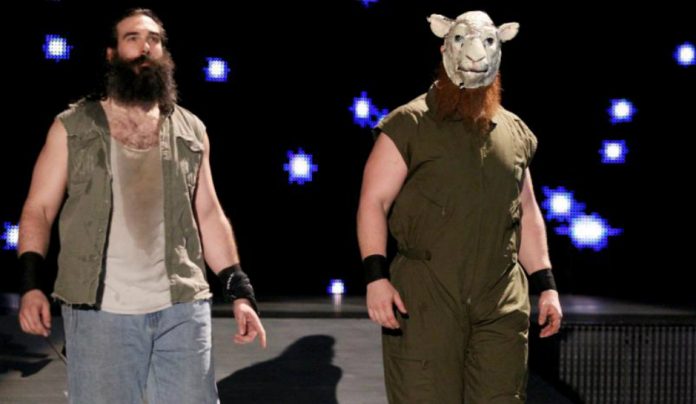 – There has been talk of WWE recently working on a new gimmick and looks for the tag team of Erick Rowan and Luke Harper, according to PWInsider. The two have been working singles matches against each other as of late, with Harper getting the win, but multiple sources have confirmed that there’s talk of bringing them back to TV as a tag team. There were plans earlier in the summer for the former WWE NXT Tag Team Champions to be revealed as the team behind the sneak attacks on Breezango. No word yet if they are still moving forward with those plans.

– WWE announcer David Otunga was a featured speaker at Sunday’s Harvard Law Bicentennial Celebration of The Arts. Otunga graduated from Harvard Law in 2006. Below are photos and video from Saturday’s event:

I'm always honored whenever @harvardlaw invites me back to speak. Thank you! #HLS200 #FestivalOfTheArts

This young lady created this masterpiece of my talk… while I was talking! She is super talented! #HLS200 #FestivalOfTheArts

This young lady created this masterpiece of my talk… while I was talking! She is super talented! #HLS200 #FestivalOfTheArts