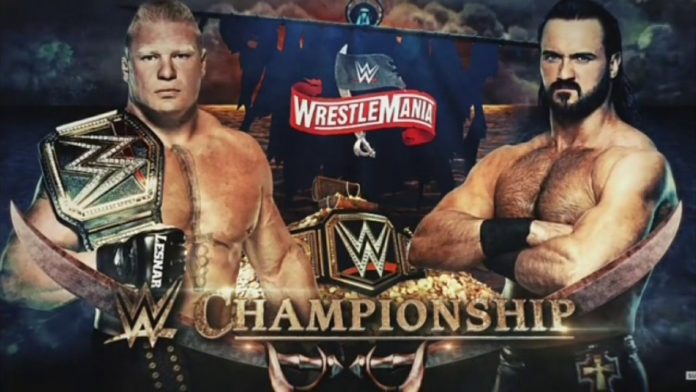 A WWE source has indicated that Drew McIntyre will beat Brock Lesnar for the WWE Title at Wrestlemania 36 and post-Wrestlemania feuds are already being discussed for McIntyre including one with Seth Rollins, according to Paul Davis of WrestlingNews.co.

The source commented on Vince McMahon wanting to go with McIntyre as the champion and how plans aren’t unlikely to change unless he gets injured:

“Vince likes everything about him and thinks he represents the company well when he does media appearances. He looks good and talks good and that is what Vince is looking for. Drew has already established a relationship with Vince like most top guys do.”