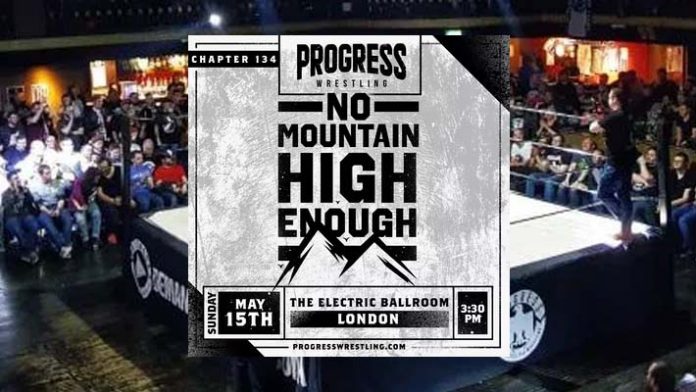 An eventful chapter from PROGRESS Wrestling took place Sunday in the famous Camden Electric Ballroom, a chapter where we saw grudges intensify, popular stars reach their ambition and a world champion lose their title!

We can only start with the main event in which Gene Munny qualified for June’s three-day tournament, Super Strong Style 16. However, the way he did so was very different from how it would first seem to be.

As Gene Munny took on PROGRESS World Champion, Jonathon Gresham, to qualify for the major tournament, Lykos Gym looked to ensure the Damn Dirty Dog had no chance over their guy. However, it was soon announced that if any interference or DQ behavior was taken by Gresham or the tag team from Lykos Gym, the title would be stripped from the champion.

So, with the match-up on equal footing, anything could happen…and it did so, albeit in a way nobody thought.

As Gresham distracted the ref to ensure Lykos took out Munny with the world title belt, the opposite happened. Lykos highlighted to the ref their intention to use the belt on Munny, causing the official to call the match in Munny’s favor and strip Gresham of the belt. Chaos ensued in the ring and in the crowd as people didn’t know what to think. However, Lykos said it was time he and his tag partner were playing second fiddle no more and used Gresham as a way to highlight this. Munny wasn’t having a tainted victory like this as the former champ stormed off. So, a new match began, with Munny vs. Lykos in order for Munny to qualify.

Munny won within 2 minutes as Gresham returned, took out Lykos, and allowed the Damn Dirty Dog to get the all-important victory. He is now on course to be involved in the prestigious tournament, which, now that the company has no world champion, could have very different repercussions than in previous years.

And with this being the main event, what about Cara Noir vs. Spike Trivet, I hear you ask.

Well, Cara was not giving Spike the satisfaction of a main event, causing more mind games between the two, only heightened by a very different entrance for the former champ during a brutal match that included big spots and high impact moves in the ring, in the crowd and on the stage. The match delivered the brutality we wanted and left us wanting more, which is the case.

With the two looking to leave the other lying motionless on the floor, the only ones who were left out cold were two referees, which caused the match to end in a no contest as things went out of hand. Ring crew, production crew, more referees, and even Cara’s partner tried to split the two to no avail, until Spike announced a match to take place during SSS16 weekend…

These two big matches and moments were worth the price of admission alone, but so much more happened…

Sunshine Machine and Smoking Aces fought to a pulsating draw full of high spots, great tag team wrestling, and incredible near falls. After both had shoulders simultaneously on the mat during pinfalls and even after an extended time limit couldn’t separate the two, tag champs, The 0121, came out and offered both teams a triple threat ladder match during the big three day weekend at the start of June. This will be one nobody will want to miss as this tag division grows from strength to strength after each chapter.

We also saw the debut of Ricky Knight Jr, who, in Leon Slater, has found an opponent he will share many 5-star matches with down the line. This match had everything and was fought at breakneck speed. RKJ got the win this time, but this company needs to be built on the back of these two, as they will easily fill the shoes of certain NJPW faves who once graced the ballroom in the past. The 0121 knew Slater was the real deal as they extended their hand to him.

Kanji was on hand to cash in her number 1 contenders as she told champion, Gisele Shaw, that the two will meet during SSS16 weekend in a 2 out of 3 falls match…can this weekend get any better?

Someone who hopes it can is Maggot, who makes SSS16 after defeating Axel Tischer, Bobby Gunns, and Jurn Simmons in a very entertaining 4-way dance. It was great to see the WXW guys on the show, with Simmons sure to be a big star. His power moves are ones to behold.

Luke Jacobs also made his first Atlas title defense against Big Wavy, Roy Johnson. A strong, big lads match was one by Jacobs, who continues to show that he has a very bright future, and a long title run…although Axel Tischer may think differently.

In other matches, the crazy Raven Creed defeated the non-binary nightmare, Max The Impaler, as well as Alexxis Falcon defeating the brutal Skye Smitson in a great opener, a tables match that went down very well with the crowd.

As a lover of Progress from the early days, something felt different today, and it was brilliant. The recaps to start the show, the backstage segments starring So Cal Val, shown on the screens around the venue, and even the new stage curtain, all made this feel like a huge show, like this is a company going places with great workers and narratives that many will want to see unfold.

Look out for Chapter 134 when it drops on the WWE Network and Peacock very soon. 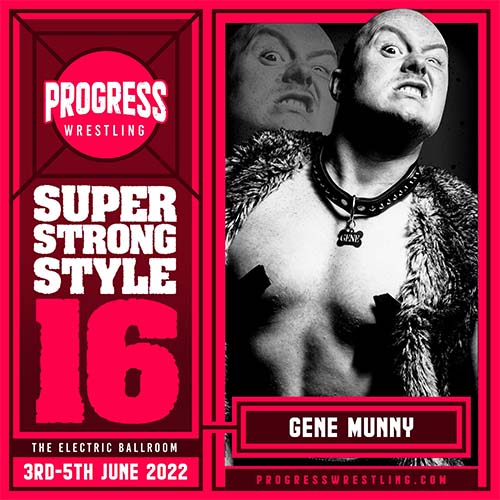