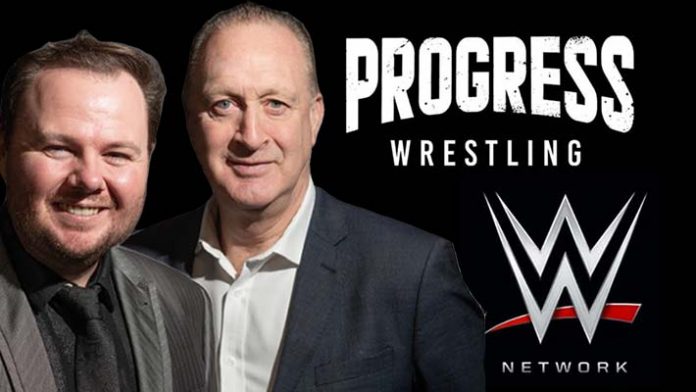 You can check out PWMania.com‘s complete exclusive interview below:

PROGRESS and WWE Network are no longer in partnership. What has caused a change?

In very pure terms, our contract with WWE had been completed, so in that sense, nothing caused a change – just a straightforward completion of that contract.

Of course, I’m not so naive not to be aware that there are wider matters at play, and I’d say there are two perspectives.

Huge respect for WWE, and they are clearly facing some change. While I’m curious and watch with interest, I’m not going to be so rash as to speculate how the next few months will play out. For us, a contract ended, but not the relationship.

I can guess that not having indie content on the network may make any future discussions of whatever digital media review has been referred to a little simpler.

From the perspective of Lee and I, we now have a fresh set of options ahead of us.

That WWE contract was agreed over six years ago by people no longer associated with the company, and the digital media landscape has changed dramatically, as has the wrestling scene, so we have some exciting opportunities ahead of us.

When the association first began, there was quite an uproar from PROGRESS fans as they felt it meant WWE would control the company. Has that been the case?

The company has never been controlled by WWE. There has been no direct creative input, no restrictions, and mainly the opportunity for PROGRESS to be seen on a wider platform than it had six years ago. It’s been a pretty positive relationship, and we’ve enjoyed meeting many of the people who make WWE what it is.

There were of course, contractual guidelines around the timing of the release of our shows, and we will now be able to let our fans see them a little sooner than before – so, for example, our show on Sunday (Chapter 148: Start Spreading the News) will be aired next Saturday, which is a week earlier than would have been the case.

Although no longer having the association, do you feel this brings you far greater control to do what you want in regards to the tone of content, usage of music, etc.?

In some ways, yes, and for example, we’ll be able to look into live streaming and publish on other more diverse platforms to show not only our actual matches but also dig deeper into behind-the-scenes and other aspects which our fans have been asking for.

We also want to bring out other elements of what we do and reach out to a wider and more diverse audience.

PROGRESS Wrestling events have been a major part of the WWE Network’s content over the last few years. Where will fans be able to find these shows?

We will still be able to be found, and in fact quicker than previously, as I said, and you only need to go to our own platform, DemandPROGRESS https://demandprogress.pivotshare.com/home

This also hosts our previous chapters and other content, which is where future shows can be accessed for now.

It’s also very capable of hosting other promotions, and this could be one route we’ll also explore.

We are, of course, assessing whether this will give us the most flexible platform for all of our fans, and with new content providers and streaming platforms who have arrived on the scene in the last six years, we’re having some interesting discussions at the moment, as you can imagine. With over 170 shows in the past 11 years and hundreds of hours of classic content, a lot of interest has been raised.

What does 2023 hold in store for PROGRESS? What can we expect?

First off, our show on Sunday!

It wasn’t called START SPREADING THE NEWS for nothing – and we actually all love a New York theme at PROGRESS, and you might say that the second line of that song, “We’re leaving today…” was spookily prescient.

It’s another huge line-up, with the female Thunderbastard being a showcase match.

Spike Trivet has succumbed to Gene Munny’s taunts and has the world title on the line; Lana Austin defends her belt against the irrepressible Session Moth Martina, and in a fascinating comeback, Warren Banks teams up with our Atlas champion Big Damo against the 0121 of Dan Moloney and Man like Dereiss.

I should name all of our matches as each in their own way sparkles, and you’ll also see Leon Slater take on Tate Mayfairs; Ricky Knight Jr versus Axel Tischer; the now longest reigning tag team champions, the Sunshine Machine face Lykos Gym, and US sensation Lio Rush make his PROGRESS debut against Danny Black of the CPF.

Then …. we have plans for a further 30 shows or so – mainly across the U.K., but we’ll also be returning to the USA and in keeping our relationships going, we’ll be in LA for WrestleMania with a show on the Thursday of that great weekend.

We also plan to build upon our success in Dubai and continue working with WrestlefestDXB, and in fact, I’m there on Saturday for their show and Dan Moloney’s defense of his Dubai World Wrestling title.

Over and above this, we’ll be announcing our first sponsorship arrangement on Sunday with WrestleTours, who has been established initially to help our fans see WrestleMania39, and with wider plans too.

Of course, returning to your initial theme, we’ll also soon have some very exciting news as to our more permanent home for all of our content to be seen.

So, as they say, when one chapter closes, another begins.