It’s a big week in the world of wrestling, British wrestling in particular. With Clash At The Castle emanating from Cardiff this Saturday, a number of British wrestling companies are running shows across the weekend, PROGRESS Wrestling being one of them.

Their show, WRESTLING, GOLF, MADRID…IN THAT ORDER sold out The Tramshed in Cardiff well before a single match was ever announced. The fact that the show now has 4 title matches including Spike Trivet’s first defense of the world title vs Wales’ own Eddie Dennis makes it even more appealing. It is the company’s biggest show post-pandemic and whilst under new ownership. 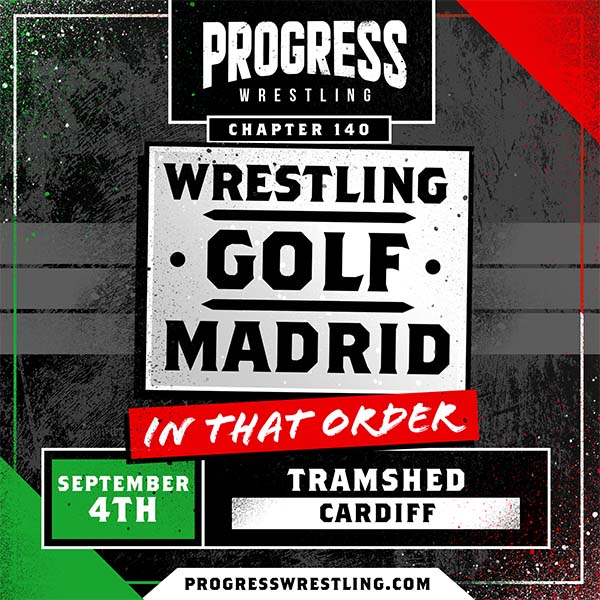 PWMania.com spoke to PROGRESS co-owner, Martyn Best, this week about the upcoming show and how he feels 2022 has been for the company so far…

How did you come to buying PROGRESS and how have you found the first 9 months in charge?

Both (PROGRESS co-owner) Lee McAteer and I have a passion for business and sport and with his other company, Wrestling Travel, tying into something he has been a life long fan, he asked me if I would want to get involve, which I duly did.

Well, we took over the company when the previous owners were looking to sell. They hadn’t been able to put on a live show for the best part of 2 years, but as we purchased the company, we were able to gather a schedule for live shows, beginning on the 20th January with Chapter 127, and we’ve put on 17 shows since then.

There was good structure in place with our creative team, with our show and ring crew who put on shows during lockdown, in the company’s ‘Peckham Era’ as we call it. They did a superb job of keeping the roster together and putting on great shows. So it felt like a interesting opportunity and a good challenge to restore it to live entertainment. 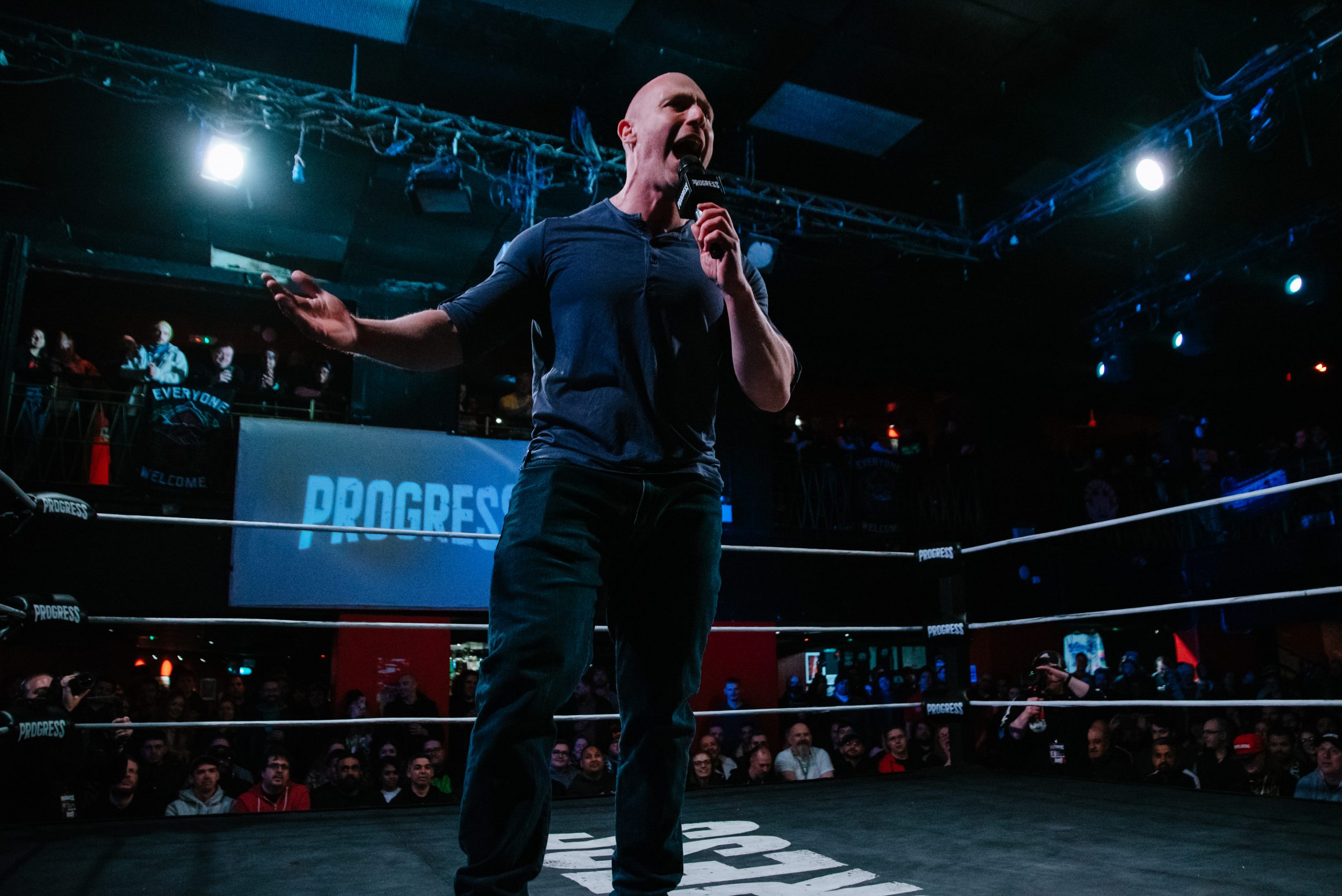 We’ve wanted to keep the good values of PROGRESS but clearly we couldn’t replicate what the previous owners had done. One of the first choices we had to make was who was our host going to be. We found Simon Miller who has incredible charisma, well liked on the internet and actually wrestled on one of the first shows I ever went to, which was for TNT Wrestling. He’s going down well, built a great rapport and brought his own, cool style to hosting the shows.

I’m a big fan of the show recaps and backstage segments that now occur for the live audience. Over the 17 shows of 2022, how do you think you’ve evolved the company?

I appreciate you’ve picked up on elements such as those you mentioned as we want to enhance the storytelling and feud building within the company and we feel like elements such as the recaps and the backstage segments really help bring fans, both hardcore and casual, up to date in regards to what they are going to watch.

We had a really funny segment on our last show in Camden where Raven Creed left the ring, went backstage to find her opponent, Lana Austin, to see her simply eating sushi, not ready to wrestle. It went down well with the live crowd and added that extra layer of storytelling and character building that we think helps alongside really top-class in-ring action.

We want to bring in that level of theatre and professionalism to our productions and make each show a must see. The crew put such a heck of a long time into making this work, they deserve the biggest praise for it.

We’re trying to create something the fans can really engage with and resonate with and get emotionally attached to.

How do you feel about nurturing and developing new talent for the company?

It’s about having those different strands. Your established stars but also the chance to introduce new talent in slowly, given them the chance to build their character and craft and have a chance to shine. The 0121 in Dereiss, Dan Maloney and in terms of a newcomer,  Leon Slater, are ones we really want to give the chance to show an audience just how good they are.

We want to continue to promote the Natural Progression Series, highlighting its importance now that it is in its 7th year. We have Ricky Knight Jr who, alongside Leon, are clearly stars of the future. They elicit great responses and steal the show. 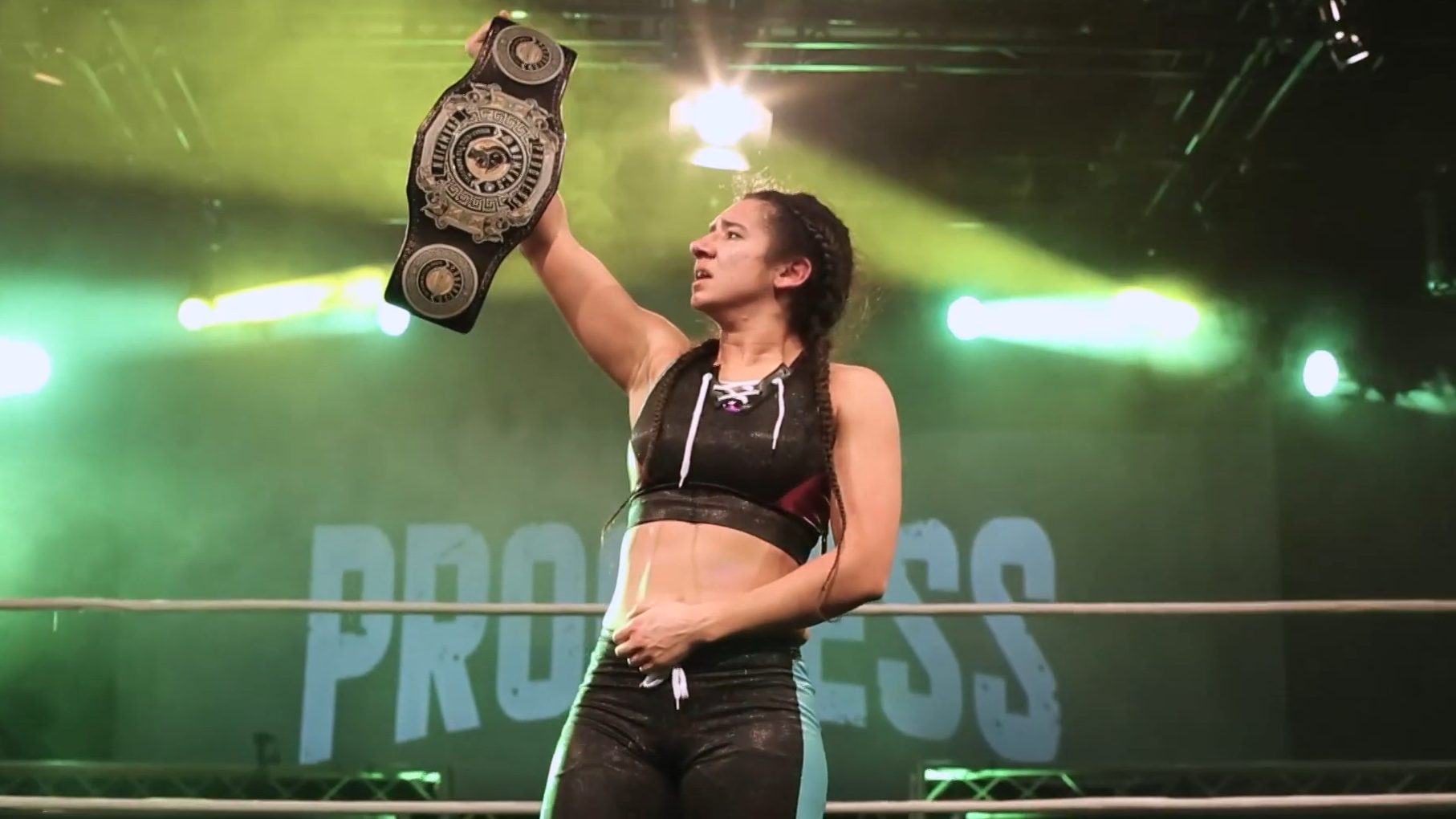 Kanji, who although has had a hard time with injury, continues to prove why the sky’s the limit for her. Her feud with Laura Di Matteo showed just how good she is and what a bright future she has.

So, there’s some great talent coming through and we want to give more talent the chance to shine.

Alongside established stars and newcomers, shows like the chapter on Sep 18th has a plethora of American talent including Matt Cardona and Joey Janela. How do you look to seamlessly blend imports into the shows, feuds and storylines?

I think the likes of bringing in Cardona and Janela, Nick Wayne and many more helps bring in the hardcore fan loving independent wrestling from overseas but it also brings in a wider wrestling base, all whilst allowing us to create a series of comms around why they should come and see not just the imports, but the great British talent on show. We’re re-establishing PROGRESS in the eyes of the fans and they have been synonymous with blending their roster with the best imports. It’s something we want to celebrate and champion going forward.

And of course, NXT UK will now be NXT Europe, with many talent sadly no longer with WWE. Will more of the NXT UK roster be seen in PROGRESS?

I think there’s a lot of great talent and we want whoever comes into work best for our audience and the feuds we are trying to create, so I think it’s more likely to be on a case-by-case basis rather than bringing in an influx of new talent. Our roster is amazing, we have some great things lined up, but if everything feels right, we’ll add to that roster with talent.

This Sunday’s show in Cardiff sold out in no time. It’s a big crowd, so what is it you want fans to take away from this?

We could have sold it 3 times over. We have been on the phone to the venue all week begging to squeeze more in. I think the fact we sold out the show has meant we have been able to take away a little bit from the marketing and concentrate on delivering the very best show there is. We want to make it the best experience of the weekend if possible. The card itself is very strong. Spike vs Eddie Dennis, who had an amazing reception when fighting Maggot last week at the ballroom, and who still regards himself as the PROGRESS champion. Remember, he never lost. He will tell you that till you get tired of it.

Kanji defends her title against Alexxis Falcon, Jody Threat and Skye Smitson for the women’s title which has the potential to steal the show. The triple threat tag match between Sunshine Machine, Smokin’ Aces and The 0121, which will not disappoint and of course, the Atlas title with Luke Jacobs up against Rickey Shane Page. So it’s packed, with some other big matches being announced. We are really excited.

Following PROGRESS Wrestling’s Chapter 140: Wrestling, Golf, Madrid event in Cardiff on Saturday, TNT Wrestling presents Reign of Fire. A limited number of tickets are still available for the event. Full details are available via the poster below:

🧍 Standing tickets have NEARLY SOLD OUT!

🏴󠁧󠁢󠁷󠁬󠁳󠁿 This event has SOLD OUT!

🚌 We are RETURNING to Cardiff on the 16th October!