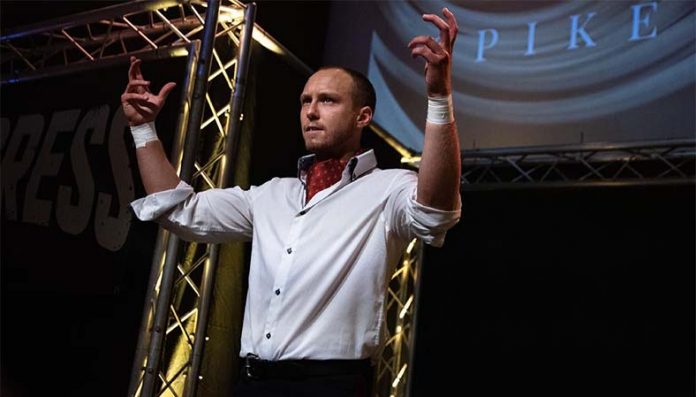 There are not many wrestlers that stoke fear in a lifelong fan like myself, but Spike Trivet is one of them.

After 5 successful victories during Progress Wrestling’s empty arena tapings, Spike came back with a vengeance in front of a packed Camden Electric Ballroom during Chapter 129, brutally defeating Man Like Dereiss, all before his heinous actions during the week of Progress’ 10th anniversary.

After costing Cara Noir his Progress World Championship against Jonathon Gresham at Chapter 130, he destroyed him with brutal chair shots whilst having him chained to the rope during the 10th-anniversary show.

Due to this, the match was set, one of the most anticipated grudge matches in Progress Wrestling history, taking place this Sunday at chapter 134.

When catching up with Trivet this week, I clearly caught a man who is ready to fight and expose someone he feels overlooked him.

“All good things come to an end…I’m going to expose Tom Dawkins and everyone will see what I have always seen. I promise you, you’re not going to see Cara Noir as you’ve seen him before. He will not be beautiful anymore…I’m going to prove to everyone I was right!”

I asked where this resentment came from and Trivet pulled no punches. “I won 5 matches in a row during the pandemic era, in a company that professes to be about winning and losing…and it never came. Tom Dawkins turned me down, and he had no reason to, other than a personal feeling towards me. He looked down on me and that’s not acceptable. In doing that, Tom Dawkins made the biggest mistake of his life.”

The fans clearly showed their hate for Trivet during his brutal beatdown at the 10th anniversary, but this doesn’t bother him. “Making friends doesn’t bother me. I don’t care what fans think. Wrestling is the one thing that’s mine. So, if bad guys bother you, if my actions bothered you, I suggest you go and read a children’s book because this isn’t going to be pretty”

Cara Noir returned at Chapter 132 as Spike took on Danny Black, yet didn’t do anything but sit at ringside, playing his own psychological game with Trivet. A game that cost Spike the match. Yet post bell, rage ensued as Spike destroyed Cara’s mask, and the brawl began. The grudge had hit its peak and May 15th is when we see who comes out on top. 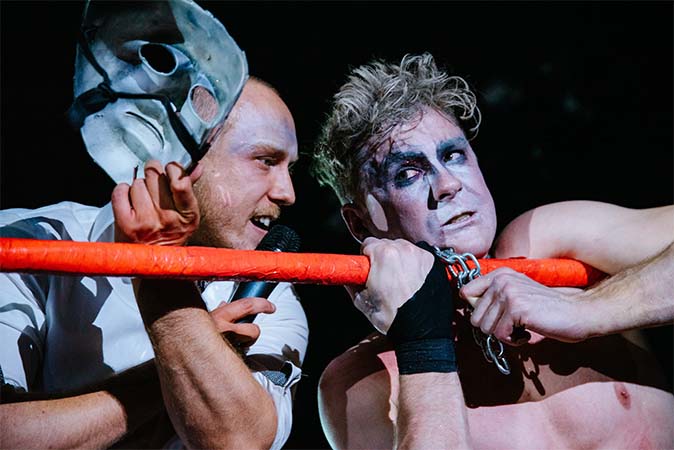 “Don’t underestimate my spite. Now, it’s time to lay down those wings. He’s had the charismatic edge, he’s shown his ability, he’s sold the merch, but now it’s time for it to all come to end. Tom Dawkins may think him being in a match with me is doing me a favor, that I will come out of the match with more stock due to being in the ring with me, but, no. I’m not going in there and being passed the torch…I’m going to go in there and light my own torch, take his spot and show that I’m the right person to take it.”

As my time with Spike came to an end, I could clearly see a man focused on what he is going to do. His confidence, his determination, and his spite for Cara Noir mean this is something you don’t want to miss.

“If you haven’t got your tickets, get them, as I promise you, this is my validation, this is the end of Tom Dawkins, this is when I become undeniable. If I become the most hated man in pro wrestling while doing so, so be it. Nobody will ever look away again!”

PROGRESS Wrestling will return to The Electric Ballroom in Camden, London on Sunday 15th May for Chapter 134: No Mountain High Enough. Tickets for the event are available at this link. 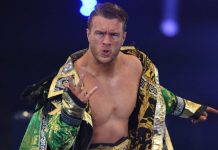