According to a report on Rajah.com, there was real heat from R-Truth towards Nia Jax following her attack on him at the Royal Rumble PPV. Nia had apparently legitimately hurt Truth’s “ankle and face” during the attack. WWE reportedly turned the incident into an angle by recording footage of Truth looking for Nia backstage.

On his recent podcast, Jerry “The King” Lawler claimed that the heat was real:

“And this got real heat for real. She blasted poor R-Truth and knocked him face-first into that wall. He was hot, for real hot. They were having to hold him back there. She made it look good.” 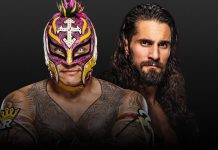