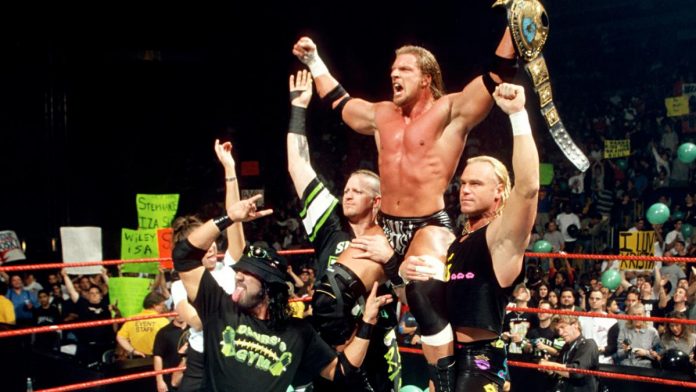 – Above is alternate footage from this week’s WWE RAW main event in Toronto, which saw Braun Strowman defeat Roman Reigns in a Last Man Standing match, thanks to an assist from Samoa Joe. Braun vs. Reigns vs. Joe vs. WWE Universal Champion Brock Lesnar will take place at the August 20th SummerSlam pay-per-view in Brooklyn.

– As noted, the first “Flashback Friday” series of programming on the WWE Network will feature shows highlighting the 20 years of De-Generation X. Triple H tweeted the following to celebrate 20 years of the group today: