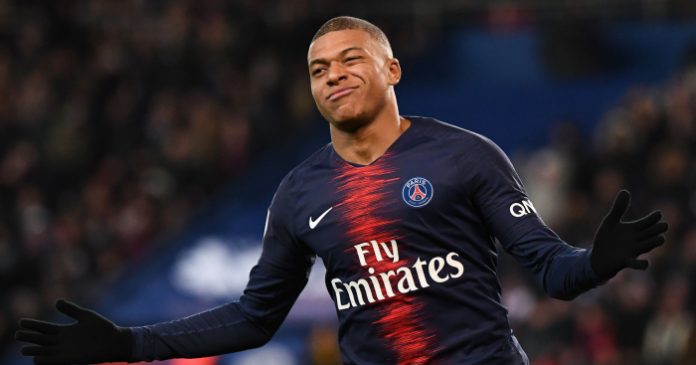 Kylian Mbappe has become a prime target for Real Madrid as the Spanish giants are willing to offer PSG a €280million world record fee, reports in France claim.

According to French media outlet France Football, Zinedine Zidane has singled out the 20-year-old forward as the player to reinforce his squad for next season.

France Football added that negotiations are expected to commence next week with the move expected to make headlines in the next few months.

In Zidane’s second major press conference after rejoining Madrid, the French coach was asked about the PSG striker and swerved the question.

“You know I have a policy of only talking about my own players. I’m aware of these players (Mbappé and Neymar) and the quality the each possess but my focus is on this game and nothing more”.

In a joint interaction with French journalists, Zidane was again asked about the World Cup sensation but he avoided going into details.

“It’s not the time to discuss this and I’m not here to make a shopping list of players, my objective is to finish the season well”.

Mbappe was recently slammed with a hefty fine of €180,000 for showing up late to a Thomas Tuchel’s team.

Weeks later, PSG were knocked out of the Champions League in the round of 16 by Manchester United as the English side overturned a two-go deficit in the first leg at Old Trafford.

Meanwhile, Legit news had earlier reported that Paris Saint Germain superstar Kylian Mbappe has been tipped as the next footballer to win the 2019 Ballon d’Or.

The 20-year-old forward has netted 26 goals and six assists in 23 French League appearances so far this campaign.