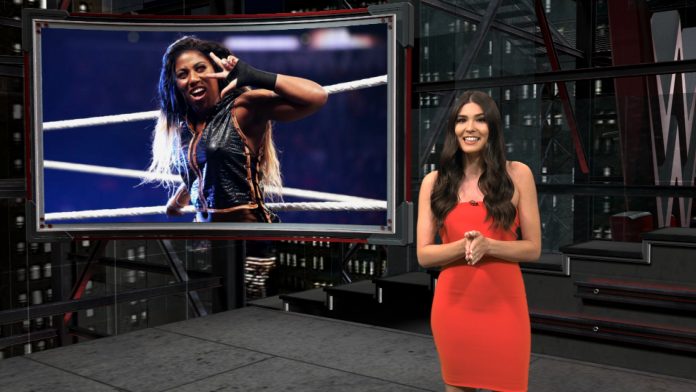 – As noted, John Cena and Nikki Bella have been celebrating their 5 year anniversary this week. Nikki posted the following video to The Bella Twins’ YouTube channel as the two stopped for some ice cream near Cena’s hometown in Massachusetts.

– The cancellation of the weekly WWE NXT Insider video hosted by Cathy Kelley was said to be another budget cut, according to F4Wonline.com. WWE recently stopped using pyro for ring entrances as a cost-cutting measure, and because they no longer feel the need for the pyro. No word yet on if budget cuts had anything to do with Talking Smack being pulled but it was reported that Vince McMahon nixed Talking Smack as he wasn’t a fan of the show. WWE Hall of Famer Edge and Christian recently indicated on their podcast that their WWE Network show likely won’t be returning for another season due to financial reasons. Renee Young’s “Unfiltered” show was also recently nixed.

– As noted, RAW Tag Team Champion Sheamus has been in Vancouver this week filming the “Buddy Games” movie from WWE Studios with Josh Duhamel, Nick Swardson, Dax Shepard, Kevin Dillon, James Roday, Dan Bakkedahl and Olivia Munn. Sheamus stars as Thursty, a tough pawnbroker with a secret he’s hiding. We have more details on the movie at this link. Below are new set photos from Sheamus: