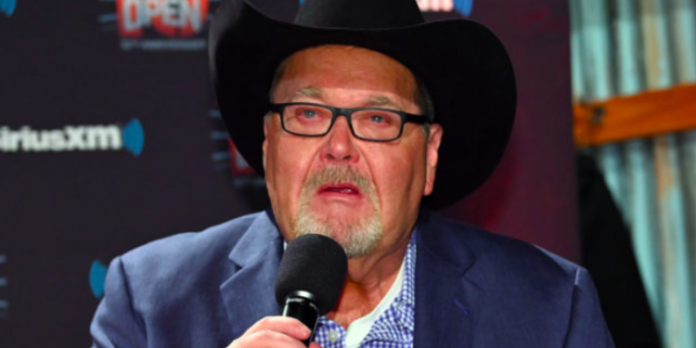 Jim Ross was only on commentary for the second hour of Wednesday’s AEW Dynamite episode’s main event, the Blood & Guts match. This caught the attention of fans.

When Ross was introduced, he received a great reaction from the audience, as usual. Later, it was revealed that the legendary announcer would also call the entire Rampage episode, which was filmed on Wednesday night and will air this Friday night on TNT.

Dave Meltzer mentioned on today’s episode of Wrestling Observer Radio that AEW is experimenting with changing up the commentary team.

“So real quick, the deal with JR is, it looks like, at least this week because they’re doing an experiment, it looks like JR will do the second hour of Dynamite and he’s going to be moved to Rampage on Fridays as well. So he announces the entire Rampage show this Friday night.” Meltzer said.