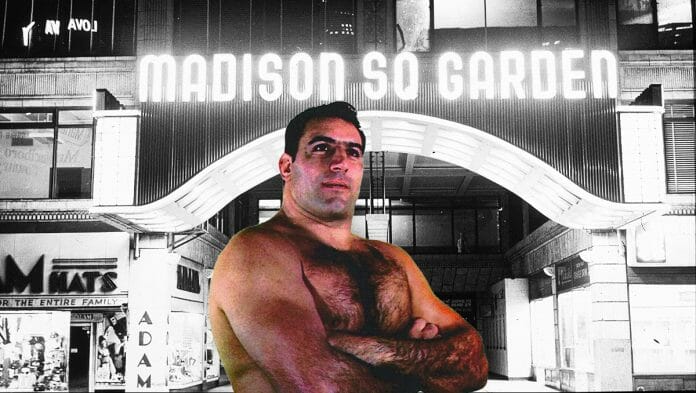 Last week, Dominic DeNucci, longtime fixture of the Pittsburgh wrestling scene and notable trainer, passed away at the age of 89. It was a sad addition to the recent deaths in the industry, including Bobby Eaton, who passed the week prior. Still, I wanted to take the time to properly write about DeNucci and opted to wait to write this piece until I had the time to give his career the proper scope.

In truth, particularly because of Mick Foley’s New York Times #1 best-selling autobiography, modern fans know the name DeNucci more for his accomplishments as a trainer than his time as an in-ring competitor. That’s not to downplay his accomplishments as a wrestler, but rather to point out that because of the lack of video footage from the prime of his career, there simply just wasn’t as much material of his bouts available to viewers until the more recent Youtube videos or classic WWE uploads of the past decade. Unfortunately, and this is the case for many of the golden era of the sport, many of Dominic’s matches from his prime weren’t filmed because sports entertainment was still primarily a “house show business” and with the limits of technology, most of the TV episodes of the time were taped over continuously when a new show was filmed because of the expensive cost of actual tape.

In some respects, specifically until recent years when the previously mentioned Youtube platform made obscure footage more accessible, the lore of DeNucci was known almost more than his in-ring work, but his grappling skills didn’t disappoint either. The native of Italy immigrated to Montreal and began in the pro wrestling business in the late-1950s. Being an ethnic star with good agility for his size, especially in that era, DeNucci became a draw for the Italian population in Canada.

Eventually, he settled in Pittsburgh, the same place his fellow countryman, the legendary Bruno Sammartino called home. Of course, their shared heritage made them tag team partners, and because Bruno reached mythical levels among fans, the association elevated the profile of DeNucci as well. It almost sounds trivial to say this, but for two decades throughout the prime of his career, DeNucci zigzagged around the globe as a featured star, often in the role of the supporting cast as a tag team champion. For some grapplers to even have a twenty year career is an accomplishment, but Dominic had those twenty years as his prime, an indication of his athletic ability. As far as his time as a featured star, he worked for a number of years in Australia for the eccentric Jim Barnett’s original World Championship Wrestling throughout much of the 1960s. Obviously, he was a staple of Pittsburgh Studio Wrestling, a gem within Western Pennsylvania because of its historical influence on the area. Sadly, because of the technological limits mentioned prior, there’s not much surviving footage of those studio shows. Being based on the north east, DeNucci worked extensively for the WWWF throughout the 1970s, winning the tag belts three times, with one occasion alongside his friend, Bruno.

Another reason that the former tag champion is known more as a trainer is not only his famous students, but also the fact that he retired from full-time wrestling in 1982, the year before the WWF’s national expansion so he didn’t necessarily get major exposure for a more modern audience until years later. Around that same time, he began to train aspiring wrestlers at a small school in Western, Pennsylvania. As Mick Foley famously detailed in his book, he would drive several hours from his home in Long Island, New York every weekend, sleeping in his car to save money, to attend the school. Other well-known DeNucci students were Pittsburgh natives, “The Franchise” Shane Douglas and the late Brian Hildebrand, who was known as referee Mark Curtis in WCW.

Amazingly, Dominic would continue to wrestle sporadically at independent shows over the years until the age of 80. DeNucci was also universally praised as a nice guy, and the occasion that I met him in February of 2020 is a good example of it. The brisk day, a group of me and some of my wrestling pals, the Folinos, decided to journey to central Pennsylvania for the Big Time Wrestling event, which featured an appearance from Kane and a few other names on the show. I don’t know much about Big Time Wrestling other than they promote events in different states and usually bring in a few stars to draw fans for autograph sessions, with an under card of bouts that has mostly local wrestlers. On this particular night in Altoona, PA Kane was joined by Bully Ray and Shane Douglas, who brought along his trainer to greet the fans. Tom Brandi was there dressed up as The Patriot, but let’s focus on the good stuff.


After meeting Kane, who laughed when I asked him when he was going to run for president, and Bully Ray, who was a nice guy as well, our group found the place where Douglas was signing. I’ve met The Franchise a few times over the years and he’s always very polite. I noticed Dominic was at a table with a myriad of pictures and it looked as though he might’ve brought extra just to clear some space. Shane was signing autographs for $20 so I walked up to Dominic and asked if he would sign a photo for me. Given his age, he carefully and slowly put his name on the picture with a level of penmanship not often seen at signings. I went to give him a $20, as I assumed he was the same price as Douglas. In his trademark accent he said “no, no, too much.” At this point, I was confused because I had never seen a wrestler refused money when offered. I said, “Dominic, I appreciate the autograph, I gotta give you some money for it.” I tried a $10 bill and with a chuckle he said, “okay, okay.” I said thank you and he thanked me for saying hello. In truth, I’m not sure if Dominic was even charging for autographs, but his humble nature speaks volumes as to why you won’t find anyone that will say anything negative about him. I took a picture with him and was happy that I had the chance to meet him, especially because of his status among Pittsburgh history.

My sincere condolence to Dominic DeNucci’s friends and family at this difficult time.