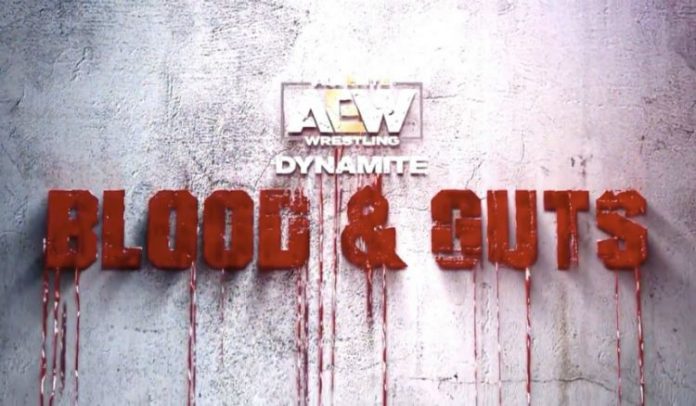 AEW is reportedly planning the return of the Blood & Guts match.

We noted in late March how AEW had filed to trademark the Blood & Guts name for general pro wrestling and merchandise use, a sign that the match was likely returning soon. Now word is that AEW is planning the next Blood & Guts match, according to Wrestling Observer Radio.

There’s no word yet on when the WarGames-style match will be held, or what the teams will be, but it’s speculated that The Jericho Appreciation Society (Chris Jericho, Jake Hager, Daniel Garcia, Matt Menard, Angelo Parker) may go up against Eddie Kingston, Santana, Ortiz and two members from The Blackpool Combat Club, possibly Jon Moxley and Bryan Danielson.

Jericho and BCC manager William Regal are scheduled for a face-off on next week’s AEW Dynamite, so it’s possible this segment leads to the Blood & Guts announcement.