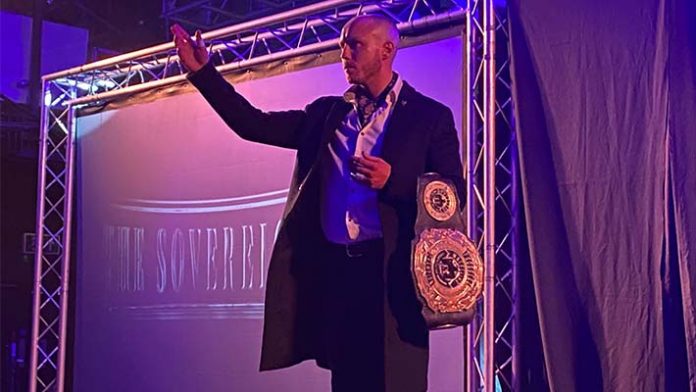 Thanks to PROGRESS Wrestling for sending in the following to PWMania.com:

WRESTLING, GOLF, MADRID – IN THAT ORDER

KANJI RETAINS HER TITLE IN A FATAL FOUR-WAY.

SUNSHINE MACHINE WITH 5th TITLE DEFENCE IN A TRIPLE THREAT.

How has Wales suddenly become the sporting epicentre in a weekend of fantastic firsts?

WWE held their first stadium show in the UK for 30 years to much acclaim; their national football team has qualified for the World Cup for the first time in twice as many years, and PROGRESS Wrestling returned to the Tramshed for the first time since Chapter 102 in 2020, with their wittily inspired adaptation of a Welsh footballing legend Gareth Bale quote.

There were two wrestlers fighting here who were on the show 38 chapters ago and one was in town to right a perceived wrong – that of not having lost his PROGRESS World Championship in the ring. However, local favourite Eddie Dennis was destined to be disappointed as the new PROGRESS Champion, the Sovereign Lord, the Vulture, the Bête Noir of PROGRESS, Spike Trivet triumphed, in a typically unconventional fashion.

Fresh from his controversial victory over Big Damo the previous month, Trivet shocked the sold-out Tramshed by firstly showing a remarkable degree of his hidden wrestling skills to match Dennis, then however his parting gift of a bottle to the head was not the gift Dennis, or the hugely expectant patriotic crowd, were expecting.

In a sad echo of the dismay of the show the night before, with Scot Drew McIntyre missing out to Roman Reigns, there was huge local disappointment – but the seeds of retribution in both promotions were well and truly sown.

On the women’s division, Kanji showed great poise in overcoming the four-way threat to her title. Alexxis Falcon, Jody Threat and Skye Smitson proved a challenge, not overly helped by the perpetual interference of Lana Austin.

The numerically overflowing matches continued as the ever-effervescent Sunshine Machine continued their reign as Tag team Champions with a joyous match of tremendous and mesmerising athleticism against the 0121 and the Smokin’ Aces for their fifth title defence.

Another successful title defence came with Luke Jacobs being pushed all the way by former GCW World Champion, Rickey Shane Page, to retain the ATLAS belt.

The PROGRESS crowd, many of them who had been at Clash at the Castle the day before, certainly showed no sign of tiredness and were treated to an opening World Championship belt on the line – or was it – as Gene Munny brought the Gene Munny World Championship to the Irish LJ Cleary in Wales – for yet another first – that of the belt’s International debut. As ever, with this belt, there is only one winner.

A further emotional return came in the form of Mike Bird, the Welsh ‘Godfather’ which saw him overcome CPF Danny Black.

Fresh from causing mayhem with Anthony Ogogo in the previous chapter, Malik returned to more traditional methods in beating another of the CPF in Maverick Mayhew, but the spectre of Kosta lingered at the end as they challenged Ogogo to an opportunity to prove his mettle.

Much of the trickery of previous shows had been removed from this show for many of the PROGRESS wrestlers, and even the aggressive antics of Laura Di Matteo following her savagery against Kanji were kept in check as she beat Rhio – although habits do die hard, as her submission of Rhio lingered far longer than the referee wanted.

We can now reward your patience, and reveal the second survivor of the previous Cardiff PROGRESS show as being Danny Jones, who with Bronco Brendan White of the Greedy Souls won a riveting Tag Team Number 1 Contender match against the arch shenanigan experts Lykos Gym.

So, Spike’s first defence concluded an amazing weekend of wrestling in the Welsh Principality, with his second defence being announced as being with Drew Parker at the Electric Ballroom on 18th September. There is more than one form of bad blood between these two, and a Deathmatch has been threatened.

PROGRESS return to Cardiff on 16th October as part of their UK wide Deadly Viper tour with Greedy souls announcing their number one contender match for the Tag Teams, and the audacious Kidd Bandit on the card, and the highly entertaining Session Moth stepping in as host for the absent Simon Miller.

Their next London show is on 18th September in what is being billed as PROGRESS vs GCW, with Matt Cardona, Effy and Nick Wayne joining many of the PROGRESS roster at the Electric Ballroom in London. 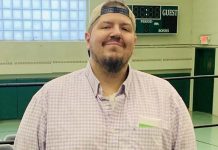