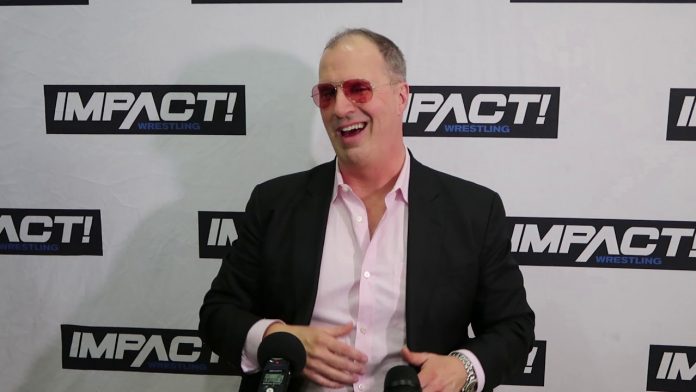 Callis and Impact officials remain on good terms and this exit was not a dramatic one. He worked the most recent set of TV tapings, and will continue to appear as a manager for The Good Brothers and Kenny Omega, who is the current AEW World Champion, Impact World Champion and AAA Mega Champion. Omega and Callis only worked the first day of the recent Impact TV tapings as they filmed their content and were not there for the remaining three days.

There had been speculation on Callis’ status after he was removed from the Anthem corporate website this past weekend. Wrestling Inc. reported back in early December that Callis’ Impact contract was coming up in January of this year. It was speculated then that once he was done with Impact, Callis may move to AEW for a full-time gig as the manager of his friend Kenny Omega, who is the current AEW World Champion, Impact World Champion and AAA Mega Champion. Word now is that Callis is expected to end up with AEW in a full-time role. However, there is no timetable for if and when that may happen. It was noted that some within Impact were not surprised by Callis’ exit as D’Amore has pretty much led things since the beginning. Impact announced back in December 2017 that they had hired Callis as the new Co-Executive Vice President, to work alongside D’Amore.