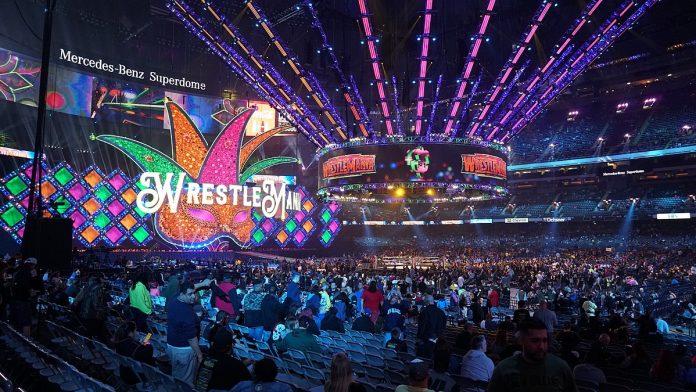 WWE is reportedly planning to move the WrestleMania 37 date up two weeks, from March 27 to April 11. It was noted by Fightful Select that everything is still subject to change due to the COVID-19 pandemic, but internally the current plan is for WrestleMania 37 to take place on April 11.

A date change was rumored several months ago, to either April 11 or April 18, but now it looks like they have decided on April 11.

The WrestleMania 37 location is also up in the air. It was revealed a few months back that WWE was possibly planning to move the event from the previously-announced location of SoFi Stadium in the Los Angeles, CA area, to Raymond James Stadium in Tampa, FL which was the originally planned location for WrestleMania 36 until the coronavirus pandemic forced that event to be held at the closed-set WWE Performance Center.

In an update on the WrestleMania 37 location, the show will not be held in California but it was noted that if the date of April 11 holds up, then WrestleMania won’t be taking place at Tropicana Field in St. Petersburg, FL or at the Amway Center in Orlando, as MLB’s Tampa Bay Rays and the NBA’s Orlando Magic will be using those venues. Raymond James Stadium is not a lock for WrestleMania 37 as of now, but the venue currently does not have any events planned for WrestleMania 37 Weekend.