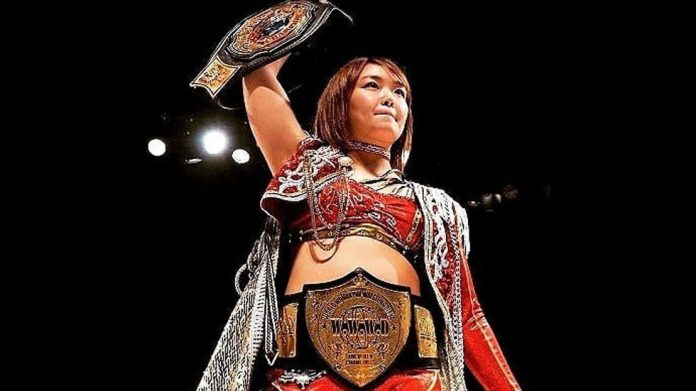 While Sareee is prevented from travelling to the US for her WWE career, the company is reportedly letting her work in Japan. Tokyo Sports reports that the wrestler, who signed with WWE in February and was set to move to the US to train at the Performance Center, was unable to do so due to the travel ban instituted due to the pandemic.

Sareee told the site that she was set to travel in March but it was postponed and she has since received permission to continue performing in Japan if she wishes. She noted that there’s no restriction on where she can work and that she will wrestle wherever there’s interest in Japan.