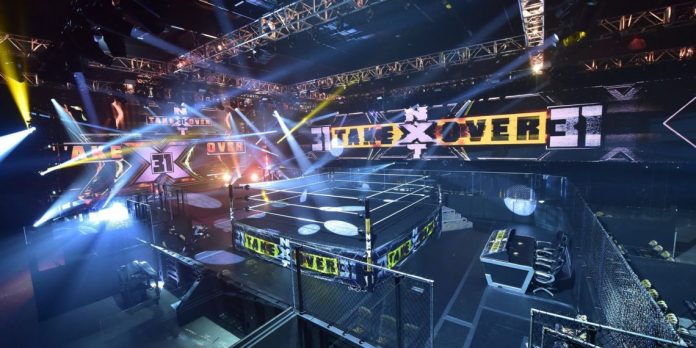 As noted, Tuesday’s post-Takeover 36 edition of WWE NXT on the USA Network will be taped on Monday, while tapings will be held on Tuesday for the August 31 episode. There are conflicting reports on if the September 7 episode will also be taped on Tuesday, or if it will air live, but the September 14 episode is confirmed to air live.

In an update, the Wrestling Observer Newsletter reports that this week’s angle between Samoa Joe and NXT Champion Karrion Kross was done as a storyline reason for the refurbishing of the Capitol Wrestling Center. The angle saw Joe and Kross brawl around the arena, tearing down parts of the ringside and Plexiglas barriers. It was speculated that the Plexiglas barrier may be done away with as the company recently issued a survey asking fans if they like it or not.

We noted before that planned changes to the NXT brand include a new logo, a new look with new lighting, and a change to the format of the weekly TV show. It was noted by The Observer how there’s a feeling that the show looks too dark on TV, so the idea is to make the arena brighter with more lights, and to make it more colorful looking. It was also said that WWE officials want the NXT TV concept to be closer to the 2015 version of the show. The creative idea behind the show is that it’s supposed to give the wrestling students and prospects more TV time, and less time to the experienced veterans and stronger workers, which is a significant shift in the goal of trying to present the best pro wrestling TV show possible, to being a developmental TV show.

This has been known for a while now, but the Capitol Wrestling Center at the WWE Performance Center is the long-term home of the NXT show as the relationship with Full Sail University is over. That partnership began in 2012 and was expanded in 2019, but was impacted by the COVID-19 pandemic. It remains to be seen if NXT will continue to use Full Sail students for behind-the-scenes work.