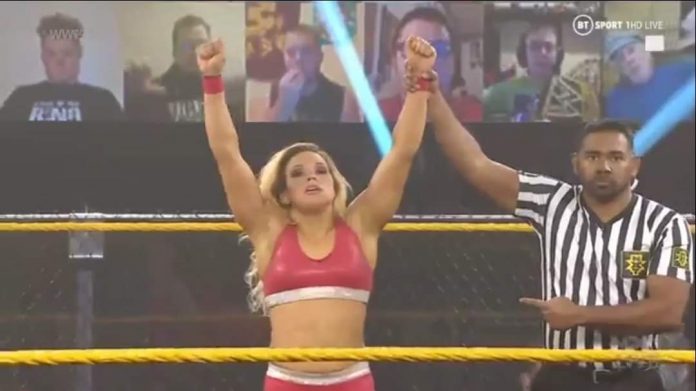 As noted, last night’s WWE NXT 2.0 episode featured a backstage segment with new NXT Women’s Tag Team Champions Gigi Dolin and Jacy Jayne attacking Stark in the locker room. This led to Dolin, Jayne and new NXT Women’s Champion Mandy Rose attacking Io Shirai in the ring, until Kayden Carter and Kacy Catanzaro made the save. It was later noted on commentary that Stark was taken to a local medical facility, and that a health update would be issued later this week.

In an update, Stark is said to be legitimately injured, according to POST Wrestling. The angle was done on last night’s NXT show to explain the injury. There is no word on what sort of injury Stark is suffering from, or how long she might be out of action, but we will keep you updated.

Stark last competed at last Tuesday’s NXT Halloween Havoc special, in the Scareway to Hell Ladder Match that saw Dolin and Jayne win the straps over Starks and Shirai, plus the team of Indi Hartwell and Persia Pirotta.